The new LEGO Ultra Agent sets are now available in stores and the one that really stood out for me was the Infearno Interception (70162). The set contains 313 pieces and retails for $29.99 for a $0.10/piece ratio. The box contains two numbered bags, an instruction booklet, and a small sticker sheet. With the Ultra Agents sets, LEGO is also promoting the FREE interactive story app on Google Play (Review). 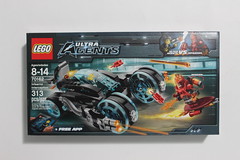 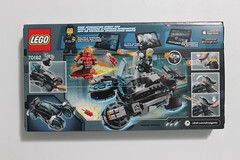 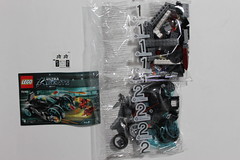 There are two minifigures in this set: Infearno and Agent Solomon Blaze. Infearno is one of the villains of the Ultra Agents theme and he is based around fire. There is printing on both sides of the torso which shows a furnace in the middle of the chest. The legs also have some printing with the furnace vents. Infearno wears a red chest armor with gas canisters attached on the back. The armor also has mechanical arms that act as flamethrowers. Infearno has a single-sided head and he has a pretty angry expression. Over his head is a piece that represents fire covering his head. He also has a plethora of accessories including a deep-red flame-powered hoverboard and a couple pieces of dynamite. It is not known at this time if Dr. Inferno from the original Agents theme is the same person or not. 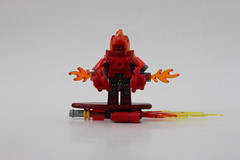 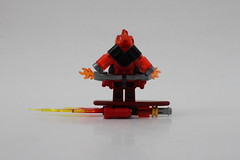 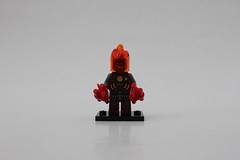 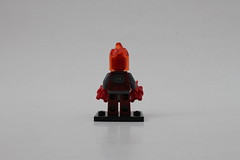 The other minifigure in the set is Solomon Blaze. If that name sounds familiar, that is because he was a member of the Galaxy Squad Blue Team. This version of Solomon has him a little bit older with and he now wears a black Ultra Agents suit. It may seem that he was injured in battle and now has an artificial right leg. He has a double-sided head with a smirking expression on one side and and a stern look on the other. His accessory is one of the new stud shooters in white. 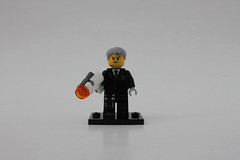 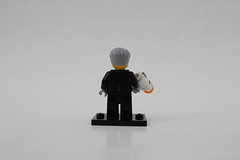 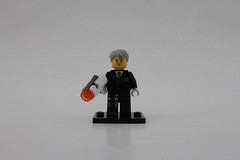 When I first saw an image of the set from the Nuremberg Toy Fair, I knew I had to pick it up. My first impression of the vehicle itself is that it looks like a combination of the Spinner from Blade Runner and the Light Cycle from TRON: Legacy. LEGO describes the vehicle as a convertible car but I wouldn’t describe it as that. If it was a convertible, my inclination would be to take off the windshield and the hinges in the front would look weird. One thing to note is the control panel in front of the driver’s seat is a printed brick and not a sticker. 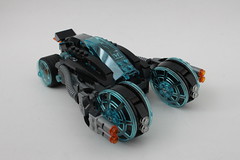 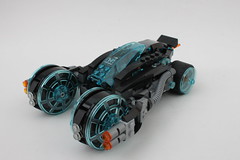 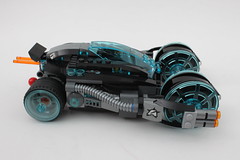 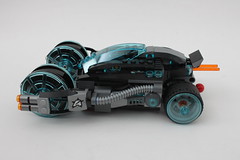 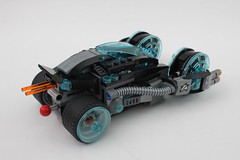 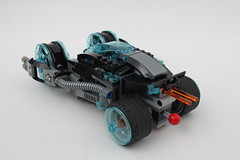 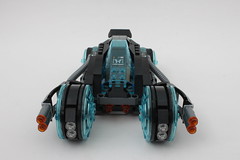 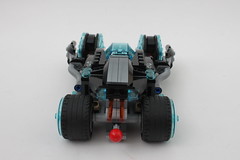 The front of the vehicles have large “wheels” that are able to rotate when it transforms into hover mode. There are also some non-shootable blasters attached to the front wheels. On the sides of the car are some tubes and what looks to be a couple of new supercharger pieces that gives it some more detail. The back wheels also rotate when in hover mode. While in hover mode, the car also has an equally sleek look to it. 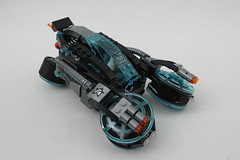 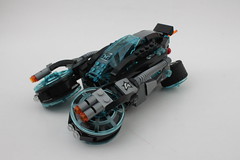 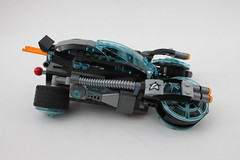 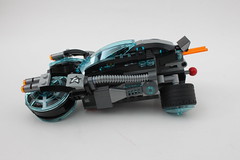 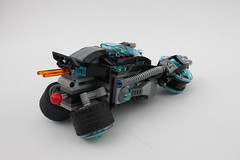 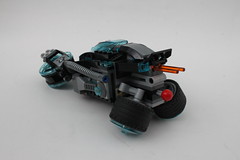 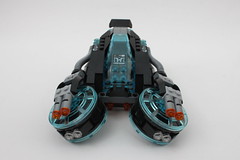 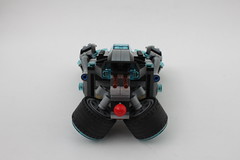 There are a couple of hidden features of Solomon Blaze’s car. One of these features include an ejection seat in case the car gets in trouble. The back of the car has a hidden shooter equipped with two trans-orange missiles. Located behind the windshield, the launcher pops up and fires by pushing down on the spoiler. 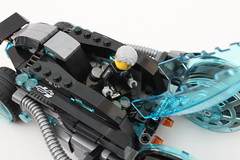 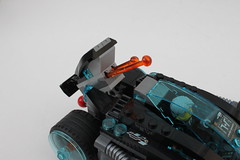 Overall, the new LEGO Ultra Agents theme seems to be a hit so far and the Infearno Interception (70162) is no exception. The futuristic look and design of the car was one of the reasons why I decided to pick the set up. The other reason was Infearno and his hoverboard. There are a number of new pieces throughout the build and it was enjoyable. As mentioned before, there some stickers for the car and they add some little details without being too annoying to apply. The set is now available at LEGO Stores, [email protected]

, and other major toy retailers. 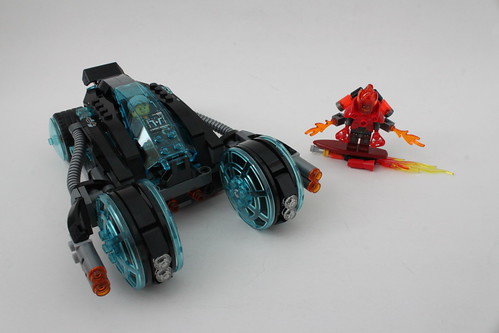