We already know about two sets that will be released with the Hogwarts Great Hall (75954) and Grindelwald’s Escape. In addition, there should be more sets coming as well as a Collectible Minifigures series as some BrickHeadz as well. Stay tuned as we head into the summer where we should get more reveals, most likely at San Diego Comic Con. Thanks to anonymous who messaged this in. 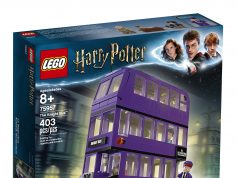