As we know by now, the release of the LEGO Ideas WALL·E (21303) has been nothing short of a complete disaster. It was originally set for release on September 1st but it has since been delayed and has been listed for a February 2016 release on [email protected]

. The limited amount of sets that have shown up at LEGO Brand have already been sold out or recalled with no mentioning of the reason. Presumably it’s because of the weak neck joint but as I and many others have reported, it’s mainly because of the swiveling head.

A post on Reddit from LEGO Customer Service has noted that WALL·E’s head is indeed a problem and this is the first time that we’ve heard LEGO acknowledging it after numerous complaints from various outlets. They also state that they’re working on a fix for the head with a new solution in the next couple of weeks. My guess is that the second wave of recalls is to fix the head swivel which was a problem from the very beginning. I’m not sure why LEGO didn’t fix it when they recalled it the first time for the neck. Stay tuned as we get details on when the LEGO Ideas WALL•E (21303) will be available for purchase again. If you already have the set ahead of this fix, you can either call or email LEGO Customer Service and they’ll most likely send you the parts. 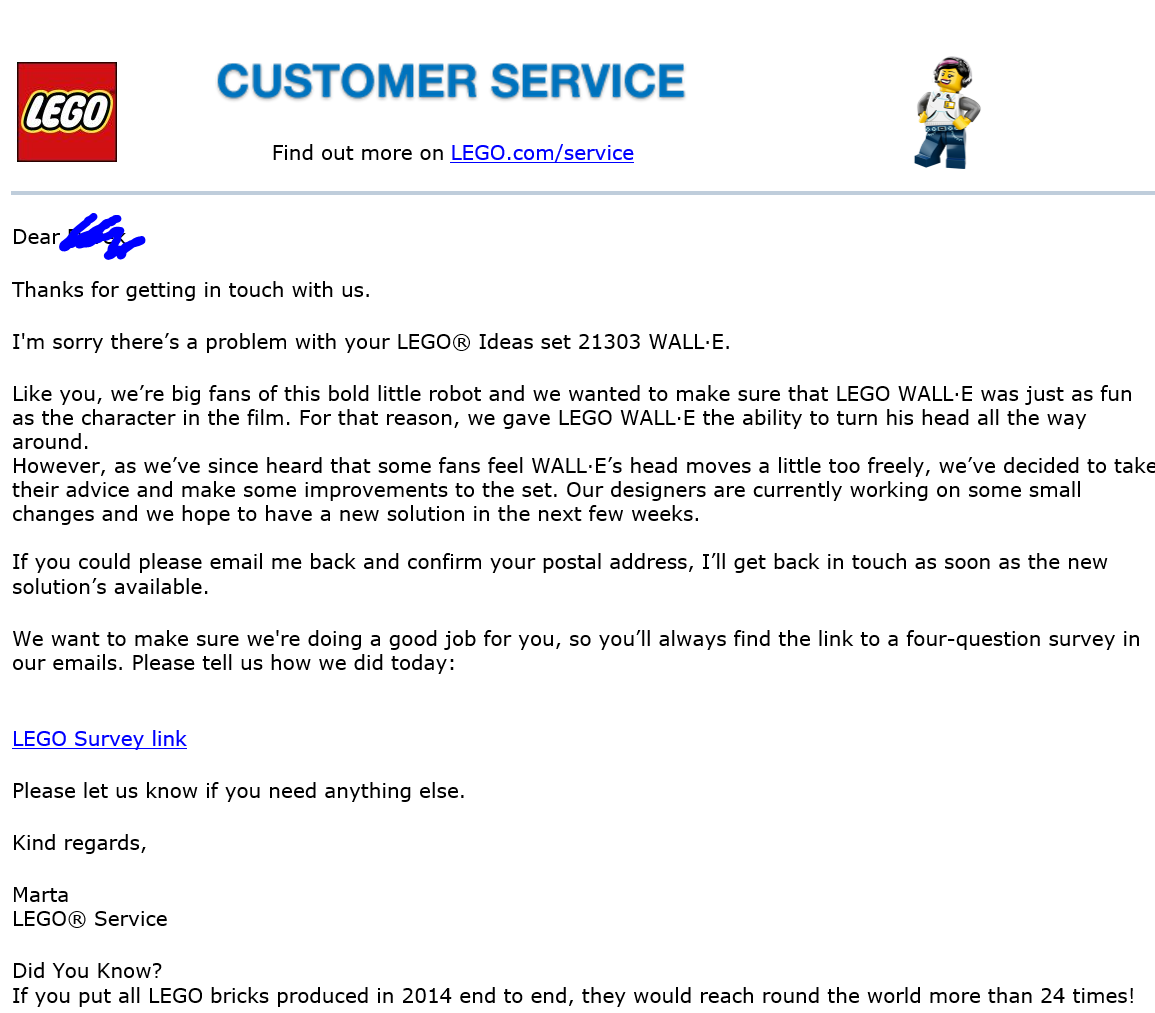