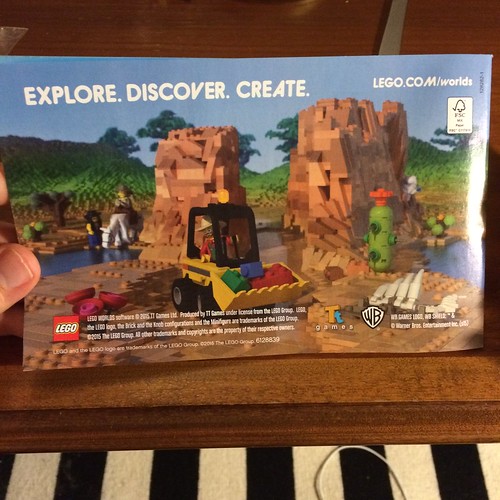 Over on Eurobricks, a user has found an advertisement for a new video game by TT Games called LEGO Worlds on the back of the instructions of the LEGO City Square (60097) set. There isn’t much to go on from the image but from what I can infer from it is that LEGO Worlds will be some sort of open world sandbox game in which the player can “explore, discover, and create.”

The image also gives a link to LEGO World’s minipage but it doesn’t work yet since the sets aren’t officially released let. I assume we’ll have more details about the game around the beginning of June.