Yesterday, there were a lot of LEGO promotion products that were revealed over on Bouwsteenjes and one type of product that were in shown various themes were the pod polybags. The pod polybag was first introduced with the Batman Battle Pod (5004929) from The LEGO Batman Movie and LEGO has expanded the idea to other themes.

I’ve already talked about one for The LEGO Ninjago Movie with Kai’s Dojo Pod (5004916) but there are also ones for LEGO Nexo Knights and LEGO Friends.

For the LEGO Nexo Knights Armor Pod (5004914), there is a knight minifigure along with a sword and shield as accessories. I do like in front of the pod, you have the Classic Space logo on the badge.

The other pod polybag is the Ski Pod (5004929) for LEGO Friends. The minidoll included in this set is Emma in her ski outfit which appears to be exclusive to this pod. For the accessories, there are some skis, a helmet, and a trophy.

There are no information on when or how you will be able to obtain these LEGO pod polybags at this time but I’ll let you know when the details are available. 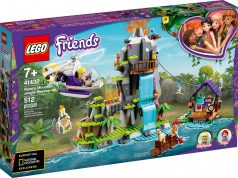 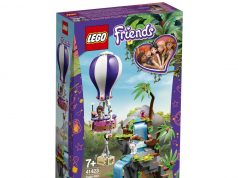