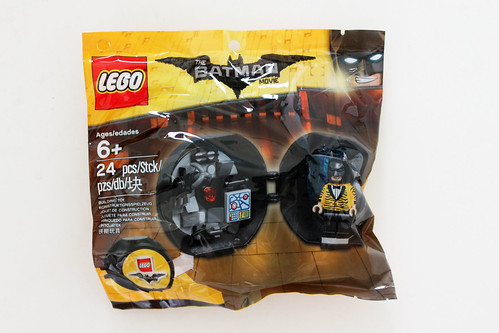 As I mentioned before in my previous post, The LEGO Batman Movie Batman Battle Pod (5004929) is now available at Toys R Us. There is a promotion going that you can get it for free with purchases of $30 or more in TLBM sets. Some stores may allow you to purchase it individually for for $5.99 each. If they don’t, they’ll be available for purchase when the promotion ends at the end of the week, if they have any left over. 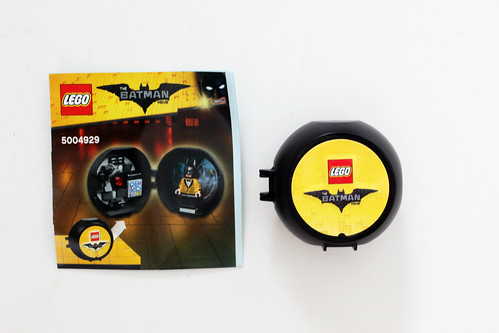 The version of Batman in this set is the tiger suit variant. The torso is orange with black stripes on the front, back, as well as on the arms. There’s also a white inside shirt with a black bow tie. 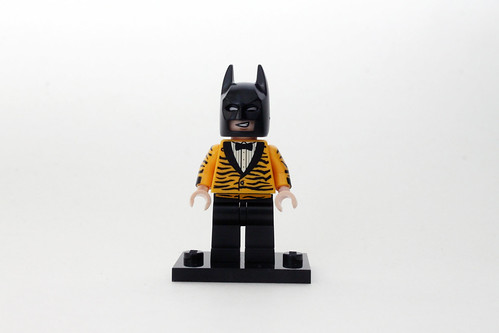 He does have a double-sided head that we’ve seen before with the confident smile and angry expression. 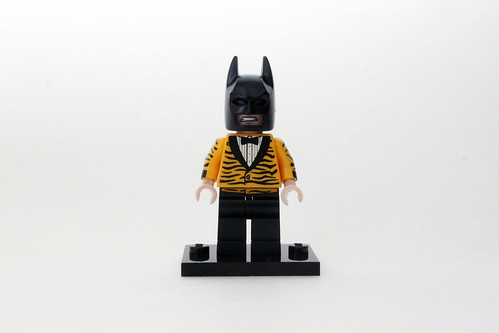 There is some building on the 6×6 round plate that is attached to the pod. There are various clips and sloped parts to secure some of the accessories including the grappling gun, Batarang, and a printed 2×2 computer tile. Batman stands on the other side of the pod. 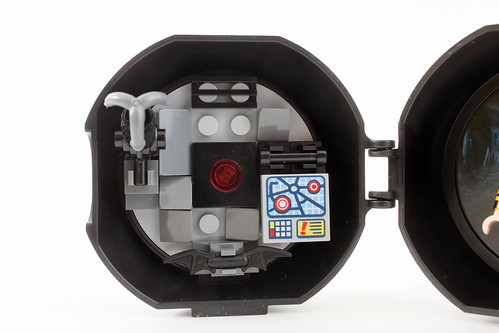 The LEGO Batman Movie Batman Battle Pod (5004929) has been long sought after ever since it was revealed late last year. Ever since then, it’s been fairly exclusive and hard to get a hold of until now. Fans who want to complete their TLBM collection now will have an opportunity to with the release at TRU. 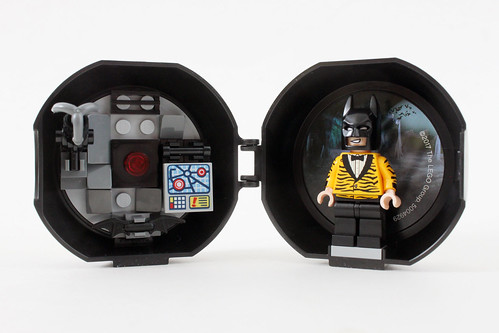