The talk around the LEGO community the past few days is about new LEGO Holiday Christmas Train that is rumored to be coming out later this year. This was first reported by nesquik on Eurobricks and was brought to light by Just2Good. It was mentioned that it is not a re-release of the 2006 Holiday Train (10173) so we don’t have to worry about the same issue that happened last year with the re-release of the Winter Toy Shop (10248). Keep in mind that nesquik has given legit information before in the past so what they are saying could be true. Of course things can change by the time the holiday season rolls around so I wouldn’t put too much into this rumor until some concrete details are uncovered. If a new Holiday Train is actually coming out this winter, would you guys be picking it up?

Update: The new Winter Holiday Train (10254) has been officially announced. 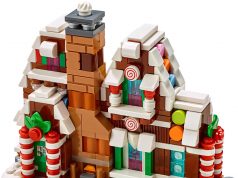