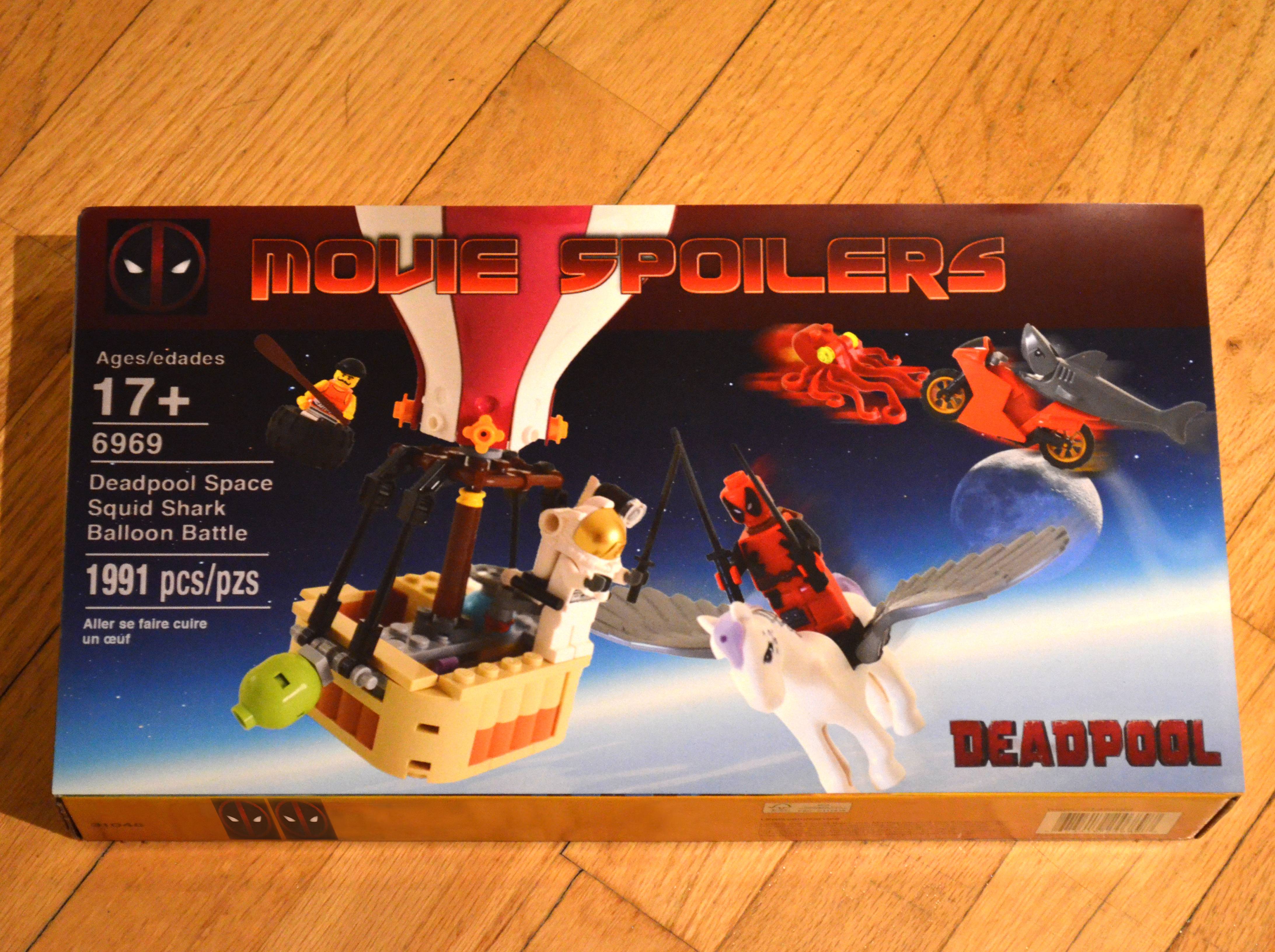 Earlier today, Ryan Reynolds posted on Twitter some LEGO sets promoting the upcoming Deadpool movie showing off some “spoilers” for the movie. He’s pretty much poking fun at the Toy Fairs like London and Nuremberg that show off upcoming products and the spoilery nature of LEGO sets based on movies. If you’re not familiar with Deadpool, he’s pretty much a super hero that tends to break the fourth wall with usually has a humorous effect.

The sets that are shown off include Deadpool Space Squid Shark Balloon Battle (6969) which has 1991 pieces and the other one is called Deadpool Hot Dogs Moose and Owl (2016) which has 8675309 pieces or Jenny’s number. Obviously both of these sets are fake but note that they use legit LEGO pieces which makes it even more hilarious. 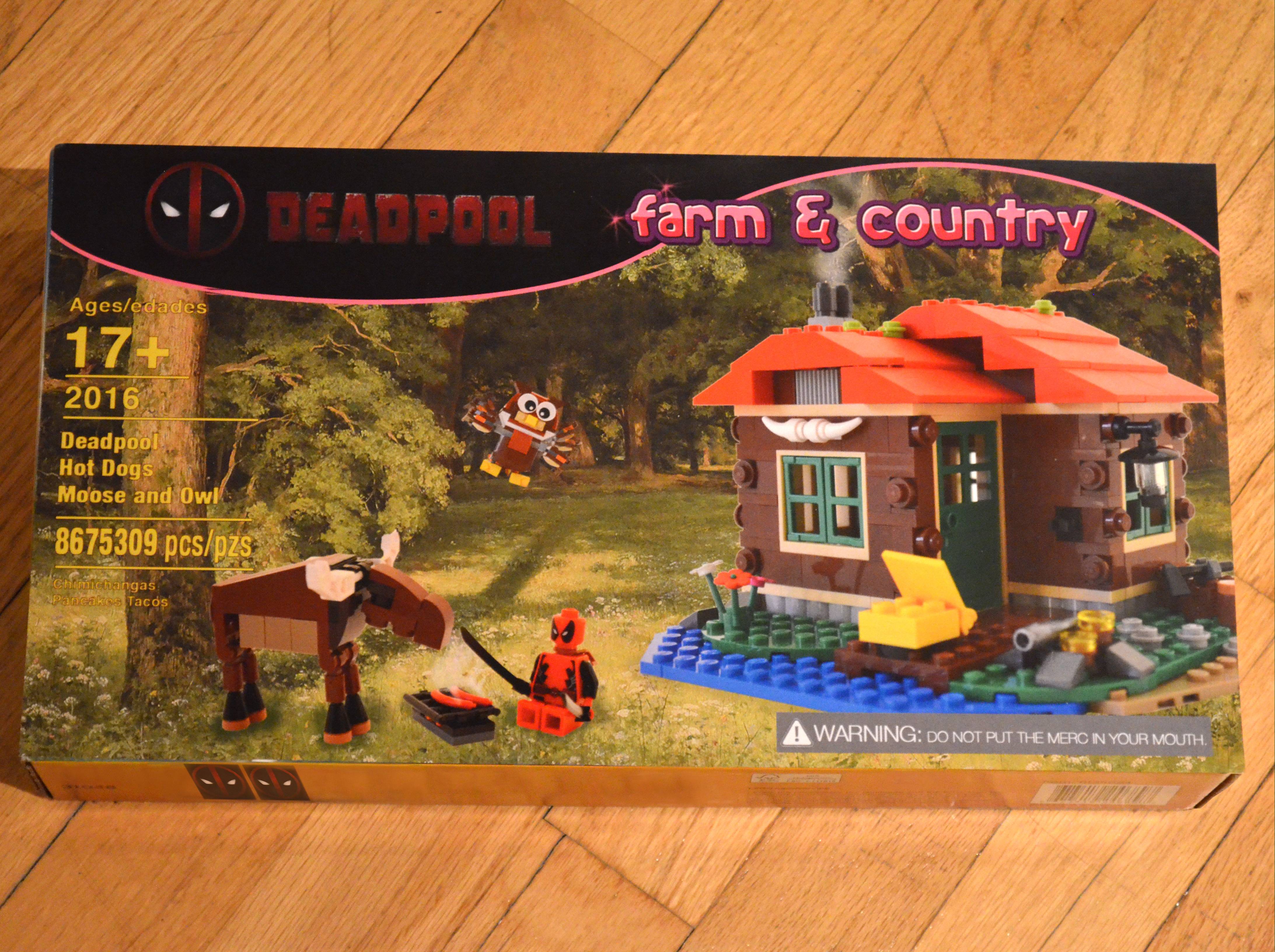