The talk of the town the past couple of days or so are some new LEGO home furnishing items that have been found over at LEGOLAND Billund by Andres over a Zusammengebaut.com . For some of these items, fans have made their own custom ones but it’s nice to see some official LEGO products as well. Hopefully we’ll see these items available at LEGO Stores and on [email protected] in the near future.

Update: I have found out from my friend John who was at LEGOLAND California and the items are now available for purchase. Both the Minifigure Frame and the Keychain Rack are $16.99 each.

The first is a 46 piece LEGO Marvel Super Heroes Minifigure Frame which is able to hold up to 15 super hero minifigures. There’s no word yet on whether a DC version will be released as well. The second is an official LEGO Keychain Rack which consists of 32 pieces. 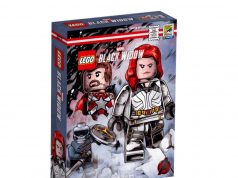