There is a new image of the LEGO Marvel Super Heroes video game that features many playable characters in the game including Spider-Man, Iron Man, Storm, Johnny Storm/Human Torch, Deadpool, Hulk, Thor, and Captain America. It is the same image as the one in the t-shirt that was given away at the Marvel video games panel at Day 3 of the 2013 San Diego Comic Con which I gladly wear (see below). We are only three days away from the release of the game and there is still some time left to pre-order it from Walmart 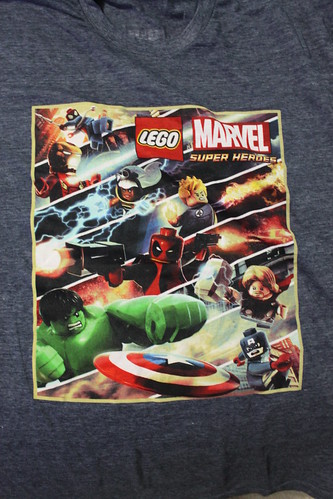