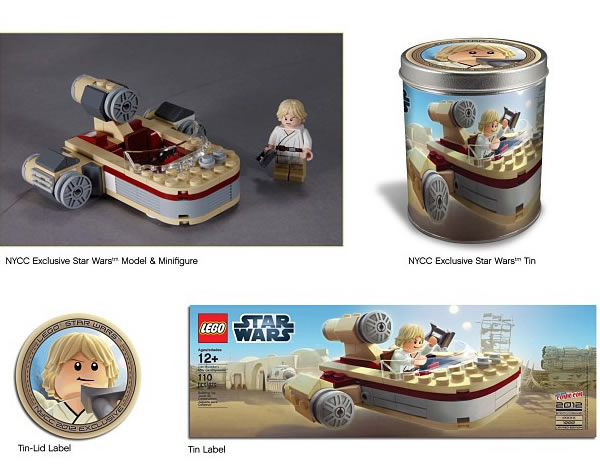 New York Comic Con on their Instagram account has revealed the exclusive that will be sold at the LEGO booth this year. This year, LEGO will feature a mini version of Luke’s Landspeeder. The tin will probably be priced at $40 like the Slave I and Sith Infiltrator at other conventions. NYCC 2012 will be held from October 11-14.

This LEGO® set, the third in a series, was produced exclusively for the 2012 New York Comic Con. Featuring a Luke Skywalker Minifigure and his buildable landspeeder, the set is packaged in an exclusive collector’s tin. Each tin in this limited run of 1,000 sets is individually numbered. Limited quantities will be available each day for sale through the course of #NYCC, on a first come, first served basis