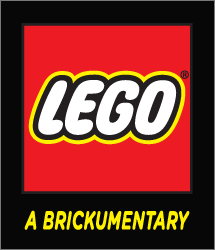 Today, Deadline has revealed that The LEGO Group in conjunction with Global Emerging Markets (GEM) will be creating an official feature-length documentary film called Beyond The Brick: A LEGO Brickumentary. They have partnered up with Oscar-winner Daniel Junge (Saving Face) and Oscar-nominated Kief Davidson (Open Heart) to shoot a film to take a deeper look into the company and the impact of the bricks on today’s culture, art, and education. The documentary will also take a look at not only younger builders, but Adult Fans of LEGO (AFOLs), LEGO convention attendees, artists, and famous LEGO fans too. Brendan Kiernan and Justin Moore-Lewy will be producing the documentary and is slated to be released early 2014.

LEGO bricks are everywhere, and this documentary is an examination of their footprint in our global community. The LEGO brick has transcended language, politics, age, race, art, science and technology – all through its ability to draw out the basic human need to create and share. – Jill Wilfert, VP of Licensing and Entertainment for The LEGO Group

A few years ago, there was a very well made short video called AFOL: A Blocumentary that takes a look into the world of a couple of AFOLs from the Pacific Northwest. You can watch that video below.

AFOL A Blocumentary from AFOL on Vimeo.