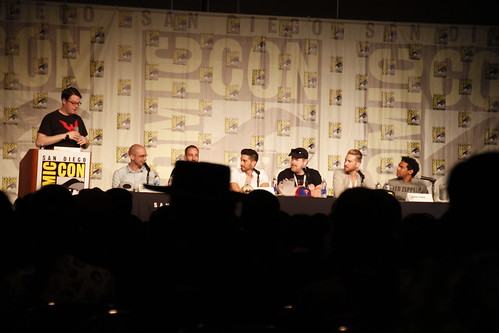 I’ve finally had some time to finish up my daily coverage of San Diego Comic Con 2015 with the last day of the convention. For Sunday, I didn’t try to get any of the exclusive LEGO sets since I already got all three of them the previous days so I pretty much roamed around the exhibit hall until the first panel which was the world premiere showing of LEGO DC Comics Super Heroes: Justice League: Attack of the Legion of Doom

. The movie was pretty good and had a decent plot. As for Trickster, who is also the exclusive minifigure with the movie, he shows up right at the beginning. That’s all I’ll say about that. At the end, there was also a very brief panel moderated by Greg Miller and consisting of Troy Baker, Josh Keaton, Khary Payton, Brandon Vietti, Rick Morales, and Jim Krieg.

After that, I headed off to the next panel which was the LEGO Ninjago one and apparently there are a lot of Ninjago fans because there was a huge line for it. I’ve did a recap of that panel and yes, there will be another season coming with hints of there being pirates included. 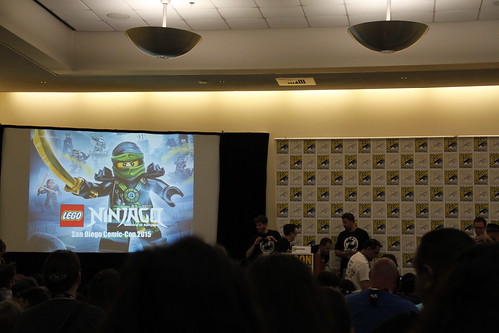 For the last panel of the day, it was the LEGO Marvel Super Heroes one which gave attendees an inside look at the development process of some of the recent LEGO Marvel Super Heroes sets, animated content, and the LEGO Marvel’s Avengers video game. The panel consisted of Marcos Bessa, Adam Corbally, Jason Cosleer, Cort Lane, Arthur Parsons, and Mike Jones. LEGO actually uploaded the whole video of the panel today so you can check that out below. 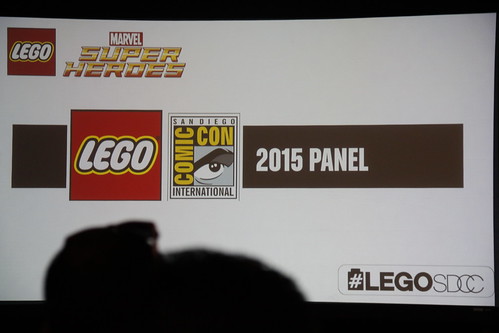 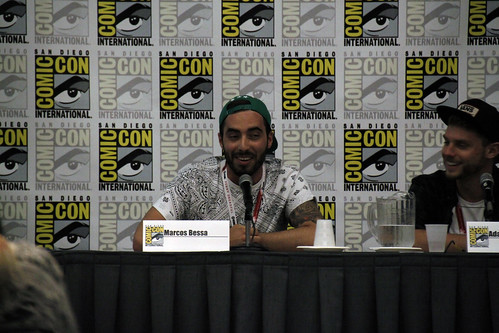 Overall, I’d say this year for LEGO-related content at San Diego Comic Con was a step up from last year. There were a lot more panels this year which were all packed from what I saw so there is increasing interest in hearing from people in the LEGO community whether it be from official LEGO employees or just AFOLs. Off-site, the LEGO Dimensions area at the Hard Rock Hotel was pretty cool as well.

As for the exclusives, the lines were way more organized but with that, there were also a lot more people wanting to get them. They continued with the iPad idea to keep the lines running pretty smooth. I was lucky to be able to get all six exclusives that were offered during my time there and if you’re interested in a giveaway, I’m doing a poll to see what people are interested in.

For the reveals, they were a little disappointing because if you’re a reader of this blog, you’ve probably already saw all of them days before SDCC started. I guess they’re more for people who aren’t involved in the LEGO community.

Again, it was great seeing some friends there as well as meeting some new people while in lines. Although I’d say my whole LEGO experience was pretty successful, hopefully next will be even better.