Should There be Changes to LEGO Ideas? 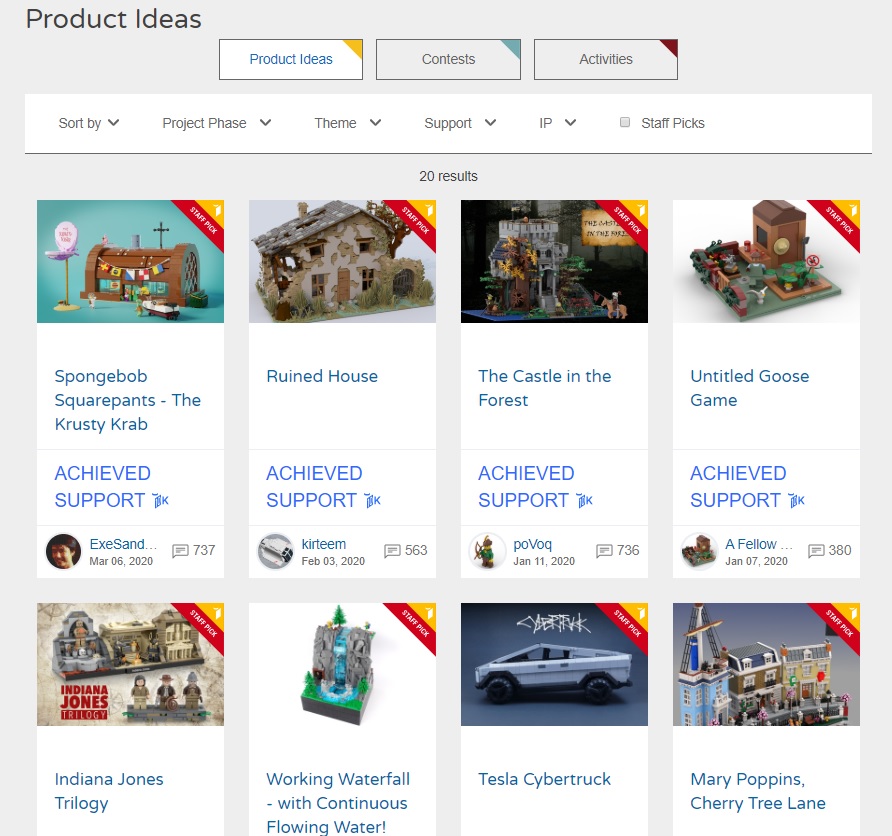 The LEGO Ideas First 2020 Review qualifiers still has a few days left to go until it ends with a few more projects that could squeeze in as well. As of this writing, there are an astounding 20 projects that currently qualify for the First 2020 Review Stage. This is the most project that we’ve had hit 10,000 supporters in any stage. This brings up the point of if LEGO needs to pass more sets to become official LEGO Ideas sets or if it’s time for LEGO to bump up the number of supporters needed to qualify. I’ve seen both sides of the argument and both are valid points.

I believe the most projects that went on to pass a particular review stage is three which was from the First 2019 Review Stage. This includes projects that need further evaluation and was brought over to the next review stage. Keep in mind that the number of qualifiers were less than 10. Now for this current stage, there are a whopping 20 projects that fans felt deserve to become a LEGO Ideas set. Could we perhaps see up to four or five projects that should be a set for this round? Obviously, we have to weigh the distribution of official sets by the number of qualifiers and adjust accordingly which is probably the most logical thing to do.

The other point is to up the number of supporters needed to actually qualify for the review stage. LEGO Ideas has grown a lot since its inception and also the number of fans has grown as well. Maybe it could be time to bump up the supporters to maybe 20,000? I can already see a lot of negatives to this argument because it wouldn’t be fair to the new projects of why need need more that their predecessors. Also the time needed to qualify has to be adjusted as well and that could also create more issues.

What do you guys think about this fun problem that we seem to have right now? Also, which sets do you think could become official LEGO Ideas sets from the list of 20 so far.