We’re back with another review but it’s something a little bit different. We have received our set of the Series 1 STUDS Builder Trading Cards and I was pretty excited for to get them although I wish I got in on the Kickstarter a few years back. If you haven’t heard of if before, STUDS is the brainchild of Brandon Griffith which showcases people in the community who uses LEGO to build unique creations. 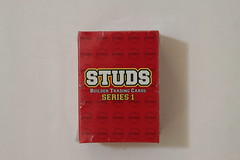 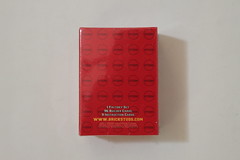 The set that I purchased was the Series 1 Factory Set which consists of 96 base cards as well as the 9 card poster set. The box came in a sealed clear plastic and when I opened the box, it gave me a nostalgic feeling inside. You may not know this but I used to collect sports cards and when I opened the box, the distinct smell that the cards gave off took me back to a younger time when I was still collecting and cracking open a fresh pack of cards. The cards are printed on 14pt. gloss coated card with with UV coating.

The first card in the set is the Title Card which is kind of a table of contents for the rest of the cards which includes Featured Artists, Brick Artists, Group Builds, Brick Illustrators, Brick Conventions, Brick Sites, Brick Products, Brick Publications, and the Checklist. Other people who were involved with STUDS include photo editor Tommy Williamson, copy editor Ayleen Gaspar, and illustrator Scott Tolleson. 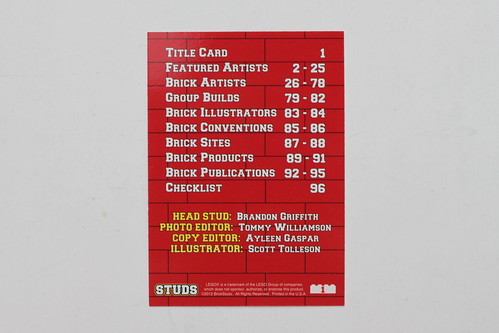 As mentioned before, STUDS Builder Trading Cards feature many LEGO artists in the community. Some of these people include Nathan Sawaya, Bruce Lowell, Tommy Williamson, fellow SandLUG member Matt Armstrong, BrickLink Chief Communications Officer Alice Finch, Joe Meno from BrickJournal, and Peter Reid. The front of the card shows some of the builds which you’ve probably have seen before and the back gives a little biography about the artist. STUDS also features conventions like Brickcon and Brickworld as well as LEGO sites like The Brothers Brick and FBTB. The last card in the base set is the checklist. 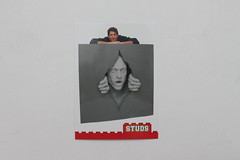 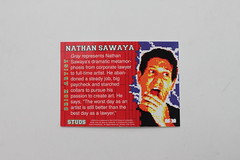 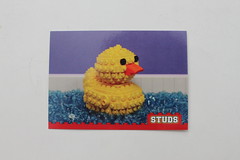 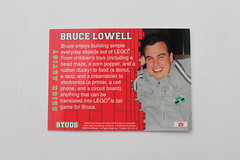 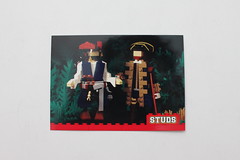 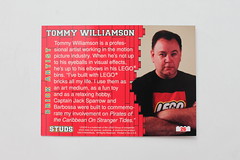 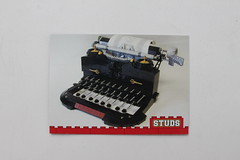 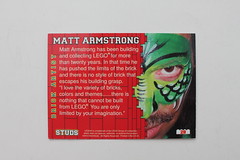 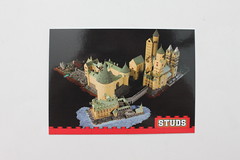 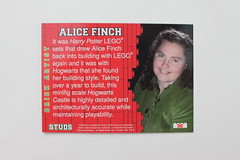 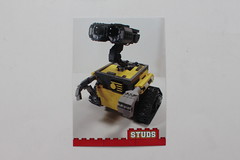 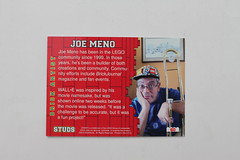 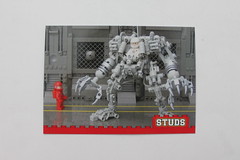 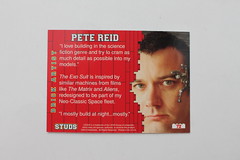 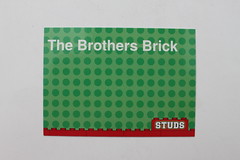 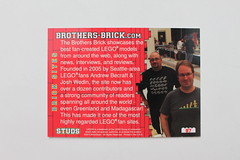 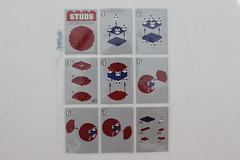 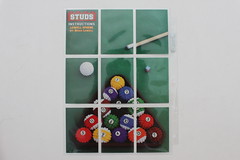 Overall, I really liked how the STUDS trading cards came out. The set that I got was $45 which was a fairly good deal for what you get and I didn’t have to go buying more packs to collect the full set. The better deal would probably be the $75 hobby box that is offered which has 28 packs and is guaranteed a full set with each pack including a BrickForge element. There’s also a chance to get autographed cards, custom fig cards, and sketch cards. If you want to see what an autographed card looks like, check out the one I got last year from a pack that I got from Brandon at SDCC here. You can also have builders who are featured sign their cards themselves. Honestly, the price per pack in the hobby box is a really good deal at $2.68/pack considering other trading cards are upwards of $3/pack. STUDS is also offering individual packs which are $3 each. Finally to keep all your cards organized, there is also a $20 binder that you can purchase. It doesn’t seem that any protective sleeves are included with the binder so you may have to get those on your own. You can purchase any of the items above at BrickStuds.com. Brandon also notes that Series 2 would be coming out in 2015 so stay tuned for news on that. 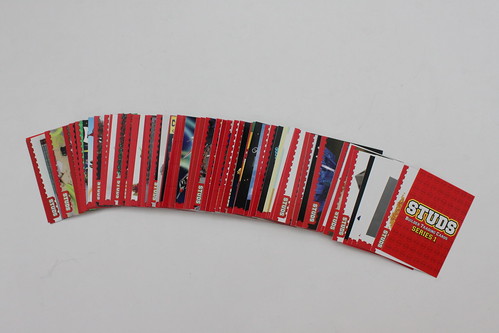