. You can get it for free with purchases of $35 or more, while supplies last, until January 15.

I’ve already done a review of The Mini Batwing (30524) polybag so if you want to check it out, you can find it over here. 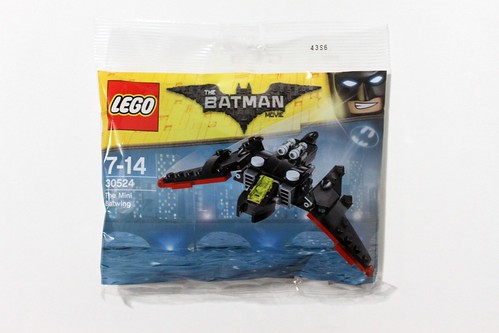 If you checked out the January 2017 LEGO Store Calendar, you can get The LEGO Batman Movie The Mini Batwing (30524) polybag for free with purchases of $35 or more at LEGO Stores and on [email protected] from December 27 – January 15. I’ve gotten my hands on one courtesy of LEGO and here’s a little review of it. 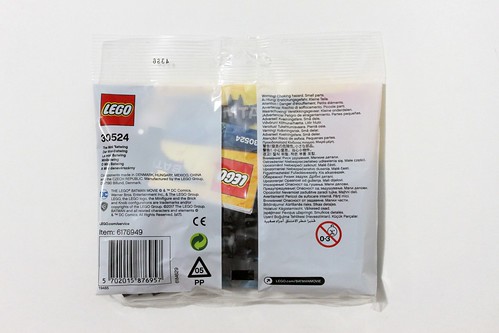 The polybag has 79 pieces and the build is actually not that bad. There’s a pretty nice parts selection including the black shield pieces, some 1x2x2 sloped pieces, and 2×2 wedge plates. The majority of the Batwing is standard building using the sloped pieces to give it a sleek look. The front sloped grill pieces looks cool as well. The front cockpit utilizes a modified 1X2X2/3 brick along with the 2×2 wedge plates which attaches to the 1×2 plate with handle. 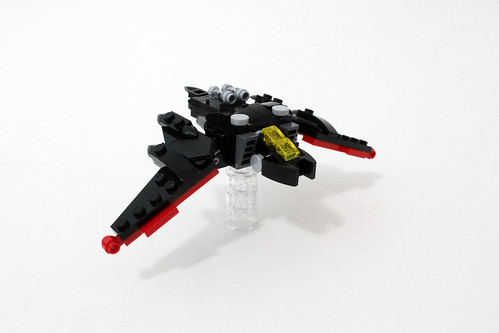 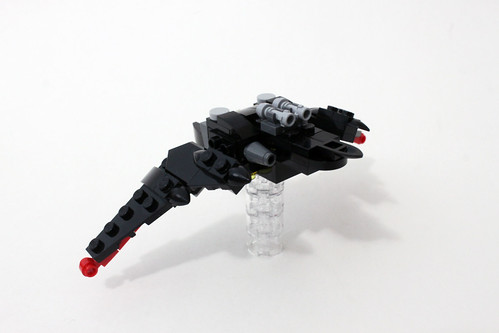 The last part of the build are the large wings that uses the shield pieces towards the inner areas. They attach to the hull using hinges which allows the wings to fold horizontal to vertical and everything in between. 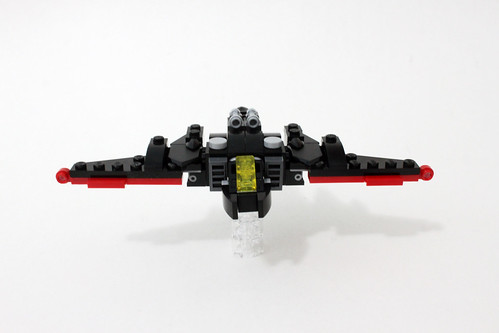 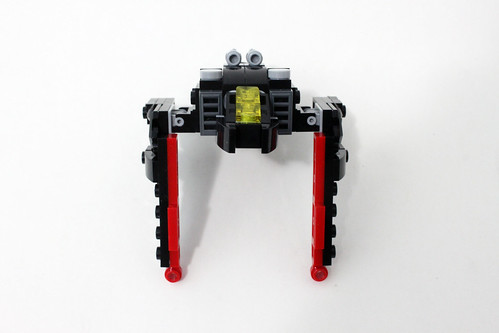 Overall, The LEGO Batman Movie The Mini Batwing (30524) polybag is actually a really nice polybag that you can get fairly easily in a few days. It looks good compared to the one seen in the latest trailer and rumor has it that a larger counterpart will be coming in Summer 2017. 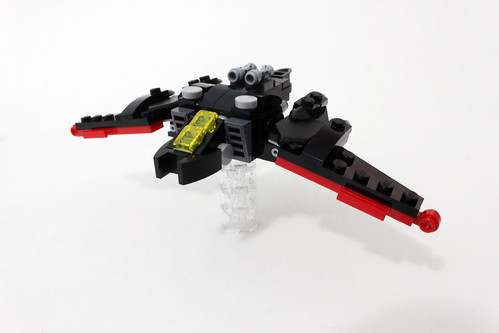