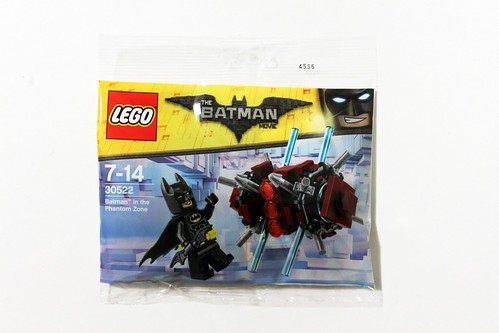 Following up on my review of The LEGO Batman Movie The Joker Battle Training (30523) polybag, I have another one that was sent in by LEGO for review which is the Batman in the Phantom Zone (30522). This 59 piece polybag is now available at Target stores in the Valentine’s section for $3.99. 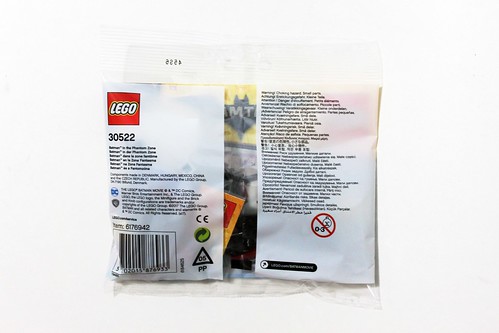 Batman is the same version as in the clayface Splat Attack (70904) and the Scarecrow Special Delivery (70910). He has the usual black suit with a smirk and angry grimace. His accessory is a Batarang. 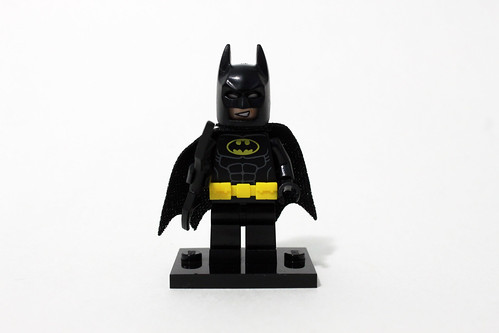 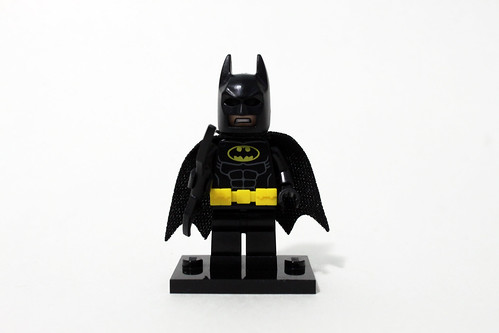 The only part of the build is the what appears to be the Phantom Zone. If you’re not familiar with the Phantom Zone, it’s a realm in the DC Superman Universe where it is used for a means of imprisonment. The LEGO Batman Movie: The Essential Guide has some little spoilers of why the Phantom Zone is in the movie which I won’t post here. 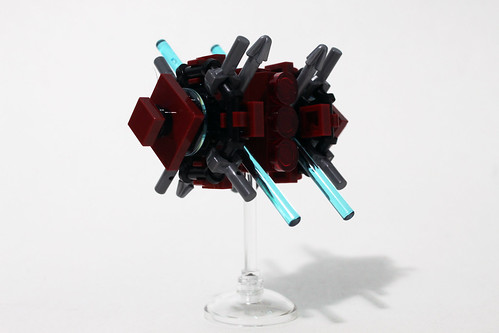 The design of it is very complex looking especially for a polybag and uses two Travis bricks as part of the base of the build. There are a lot of dark red parts that are used such as some 1×3 plates, 1×1 clips, as well as some headlight bricks which are pretty rare so far. There’s also some trans-blue dishes on the outer edges. 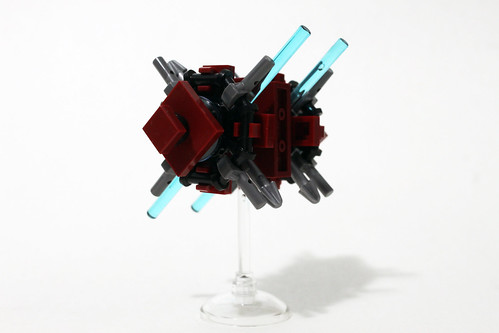 Around the outer sections are covered with lightsaber blades, harpoons, and claws. I don’t know about you but these seem like defense mechanisms of the Phantom Zone. Finally, there is a clear dish and antenna to show that it floats in the air. 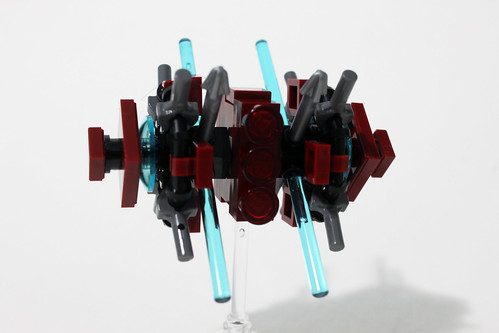 Overall, The LEGO Batman Movie Batman in the Phantom Zone (30522) polybag is a neat little set. The Batman minifigure isn’t as interesting because it’s the same one is in a couple of sets plus he’s also in a plethora of other ones. The Phantom Zone is very cool especially since it doesn’t appear in any sets but it does connect to the Arkham Asylum (70912)

where it has the Phantom Zone Projector. If you’re not into the polybag, it does make a good parts pack. Again, the polybag is now available at Target in Valentine section of the store as well as near the register lanes. 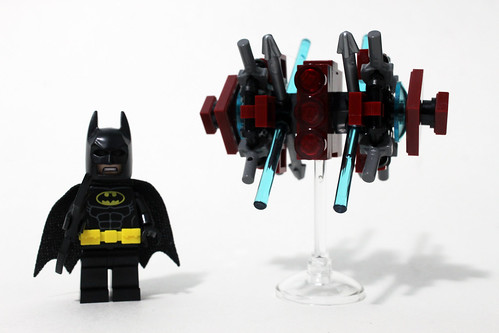