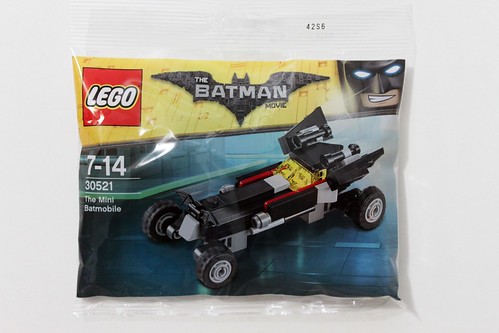 Continuing with my reviews of The LEGO Batman Movie sets, I actually have one of the new polybags that we haven’t seen yet, The Mini Batmobile (30521). It contains 68 pieces but there’s no word on pricing but I assume it could be $3.99 each. 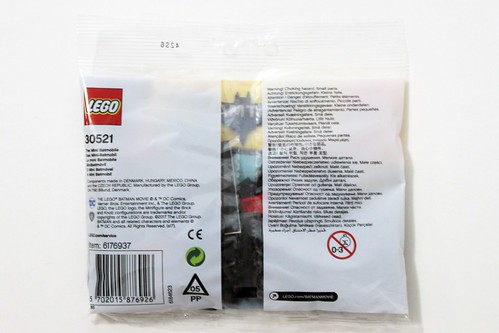 This Batmobile is the miniature version of the 70905 set that is already available in stores. The base of the vehicle is a 2×4 Technic plate with pins that is oriented lengthwise. The ends uses a couple of 1×2 Technic bricks with half beam holes that are held in place with some plates. 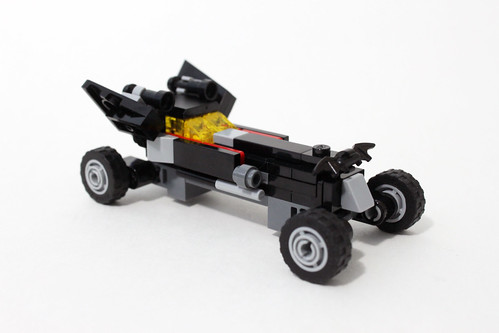 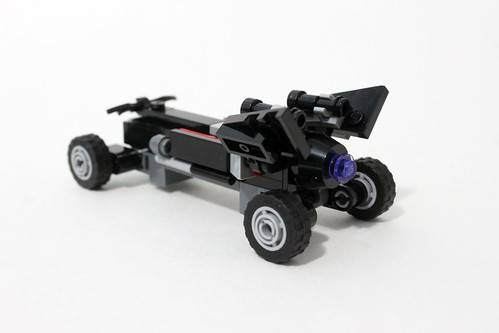 The front uses a Batarang for the ornament while it uses a black shield piece for the canopy top and a droid head for the exhaust. The wings on the sides can fold down on the hinges but nothing too spectacular. 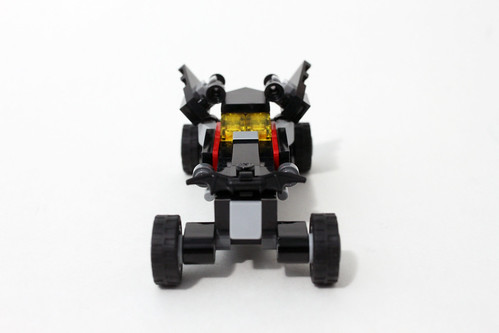 The Mini Batmobile can also change to the monster truck mode but it requires you to take off the 1×2 Technic beam and reorient it vertically. 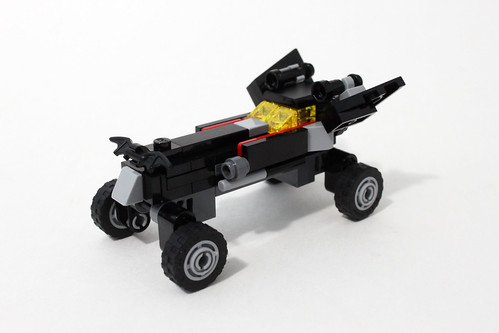 Overall, The LEGO Batman Movie The Mini Batmobile (30521) polybag isn’t too bad of a set considering that miniature models of larger sets do not translate as well. If you’re a collector of polybags, I think this one is a good one to pick up when it is available. Again, there’s no word yet on where or when that is at this time. 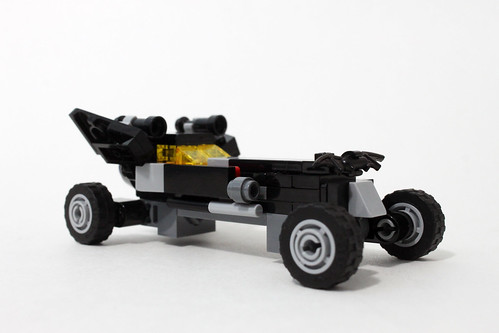