2014 flew by just like that and it’s our tradition to take a look at last year’s statistics as well as a recap of everything that’s happened on The Brick Fan. As you can see from the graph below, the site had a significant increase in traffic of an approximately 253% compared to last year where we had over 185%. As we continue to grow, we also had a very large number of first-time visitors with an 248% increase from 2013. What I’m more impressed with is the number of people who returned to the site which had an 318% increase. 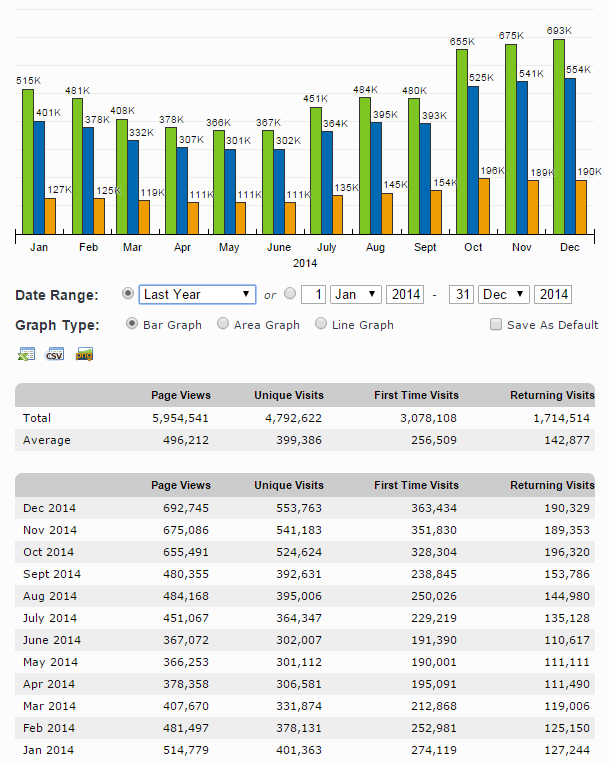 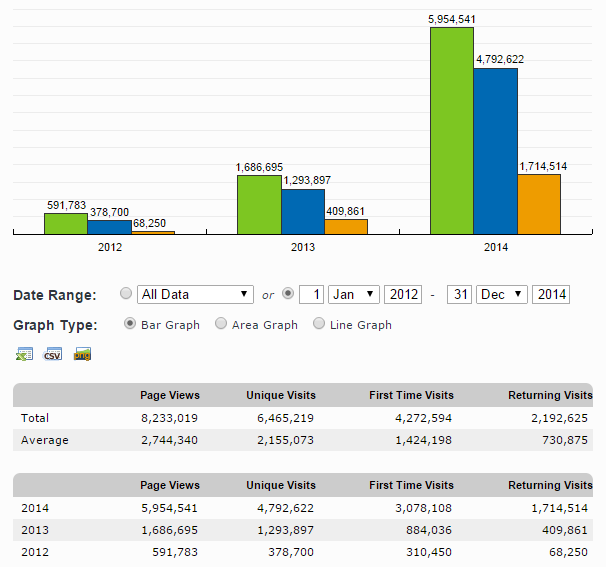 Over to our social media sites, our Facebook Page “Likes” went from 1,582 to 4,137. I remembered last year that I was looking for a gradual increase but it was actually a very sharp increase.

On Twitter, we gained over 1,000 followers throughout 2014 and it was a great way to interact with some of the readers almost in real-time.

During 2014, we had 1,125 posts which averages out to about 94 posts per month. It doesn’t seem like it but there were 2,162 comments on last year’s posts. Our most popular post of 2014 was the one about The LEGO Movie Character Mask Cut Outs. With the popularity of The LEGO Movie, people wanted have masks that kids could wear at parties and our post was a gateway for people to get them.

Again, I would like to thank everyone who has visited the site and continued to come back. Without the readers, the site would be nothing that it is today. I also want to thank all the sponsors and publishers who sent products over to review including Warner Brothers Entertainment, No Starch Press, and DK Publishing. We also had some new business partners come in last year with BrickLink, The Brick Show, and Shirts.com just to name a few. I’m sure I missed some names so forgive me if I forgot you.

I also had the pleasure of meeting many LEGO fans in person, whether it be at the LEGO Store or at San Diego Comic Con. It’s cool to see that there is actually a fairly large local following as well, probably more than I expected. I want thank the staff at the LEGO Store for letting me hang out there from time to time and not kicking me out since I stay there longer than I should.

For 2015, I’m just going to continue to try and bring you the latest LEGO news while throwing in reviews here and there, depending on if I have time to. I’ll also try to have more contests to bring you guys as well. Thank you, thank you for making The Brick Fan one of your go-to sites for LEGO information along with many other great sites out there. Happy New Year and may your LEGO wishes come true in 2015.