Earlier this week, we reported that the band called The Fold was holding a contest and they gave fans the opportunity to be in their latest video, “Spinnin’ Out in Color.”

The Fold has released the music video which includes clips that were submitted by LEGO Ninjago fans. It’s cool to see them interacting with fans and allowing them to be in their video Check out the video for Spinnin’ Out in Color below and see if you see yourself in the video. 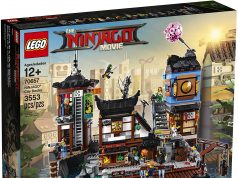