Home LEGO The Hobbit The Hobbit: The Desolation of Smaug Blu-Ray Now Available For Pre-Order 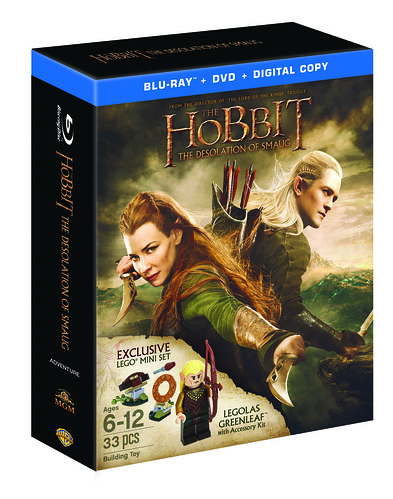 You can now pre-order The Blu-Ray/DVD/Digital HD UltraViolet Combo Pack for The Hobbit: The Desolation of Smaug online at Target for $25.99. This Combo Pack also includes the Legolas Greenleaf (30215) LEGO polybag that we first saw a few months ago. The polybag has 33 pieces and includes the same Legolas minifigure as in Escape from Mirkwood Spiders (79001)

but it also has a flick-fire ballista and a target to shoot at. The Blu-Ray will be released on April 8th.