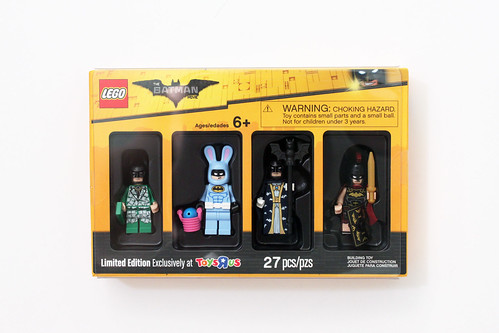 Bricktober 2017 at Toys R Us has passed and one of the more anticipated sets of minifigures for this year was for The LEGO Batman Movie (5004939). As we know by now, Batman had a lot of suits in his arsenal and this set has four exclusive ones. This set was available for free with a $50 purchase here in the US or you could have bought it separately for $19.99.

Bruce Wayne is, to put it lightly, filthy rich and it isn’t out of the ordinary that he has a suit to show off his worth. The torso and legs are all green with dollar bills covering pretty much the whole minifigure including the sides of the arms and legs. He has a double-sided head with a stern look on one side and a cocky smile on the other. The cowl is the usual black one that he wears. Not surprisingly, he has a printed 1×2 dollar bill tile as his accessory. 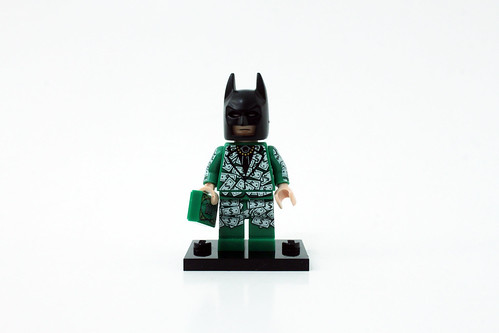 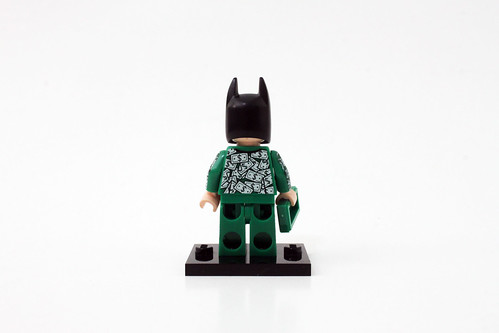 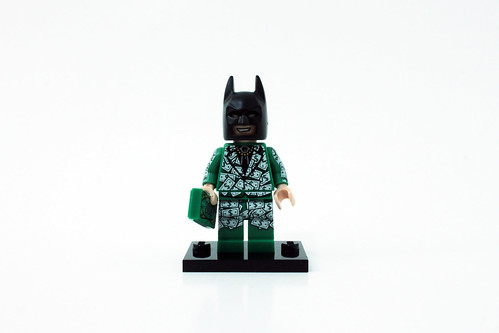 The Easter Bunny Batman first come to us in the form of a LED Lite but fans wanted a minifigure scale version and our dreams have come true. The cowl and suit are in a bright light/royal blue color that stands out and not in a bad way. The utility belt is white which is new in this color. The facial printing show him with a black mask with a pessimistic smirk. I believe this head printing is new for TLBM. His accessory is a pink basket with an azure colored egg. 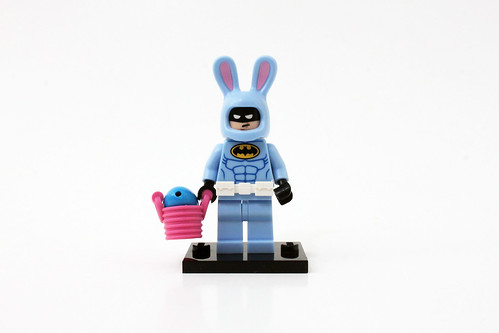 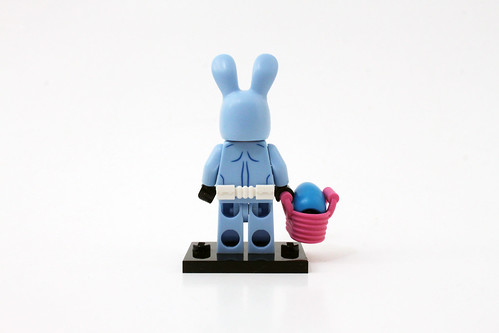 The Wizbat suit is seen very briefly in The LEGO Batman Movie on Batman’s carousel of Batsuits. The suit is actually a robe that is decorated with white bats and a gold trim going down the middle. There’s also printing of a bat necklace on the torso as well. The legs just use the sloped dress piece as part of the robe attire. He does have a two piece cape with the upper collar area being the stiffer fabric while the lower part is the softer kind. He has a double-sided head with a stern look on one side and a disgusted look on the other. His accessory is a staff that has a bat on the top. 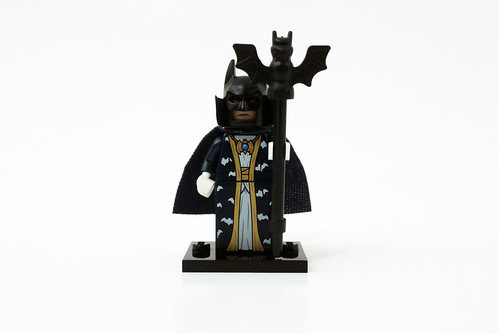 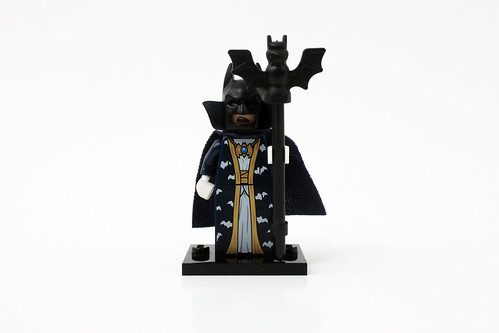 For the Baturion suit, Batman is fitted to look like a Roman soldier. The torso looks very nice with the black armor having metallic gold printing for the bat insignia across the chest as well as at the abdomen area. The legs have printing of the straps along with the skirt. The facial printing have an angry look on one side and a disgusted look on the other. He has a soft dark red cape to match the color of the tunic. Baturion does have a plethora of accessories including a pearl-gold sword, a shield that has printing of bats throughout, and nice looking helmet that will be very useful if you can find a sufficient quantity. 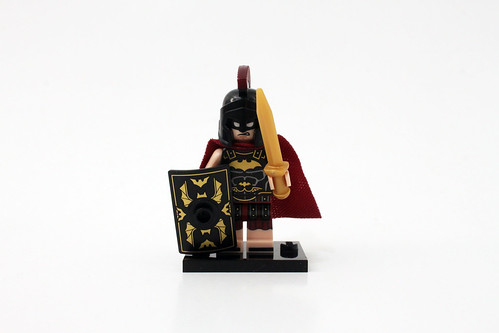 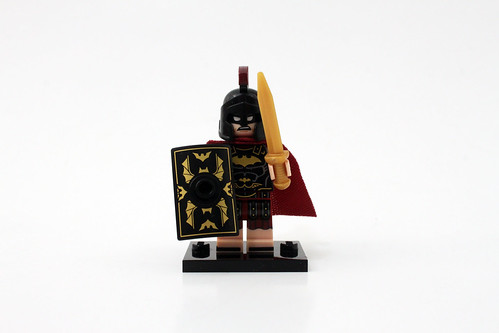 The LEGO Batman Movie (5004939) set is my favorite of the four Bricktober 2017 sets. All four have nice exclusive printings but the Baturion is probably the most detailed out of the four Batsuits however, my favorite minifigure has to be the Easter Bunny Batman. I’ve been hoping to get him in minifigure form ever since I saw the LED Lite and was even tempted to purchase a custom one but luckily I held off.

Again since Bricktober is now over, Toys R Us is now selling the set individually for $19.99 if there is still stock left at your location. 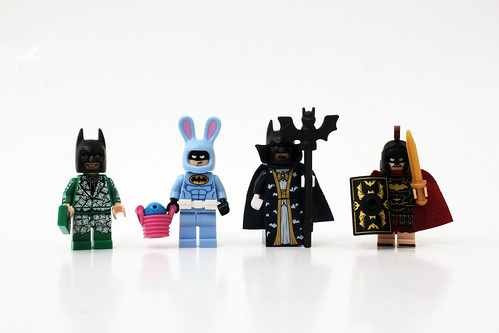