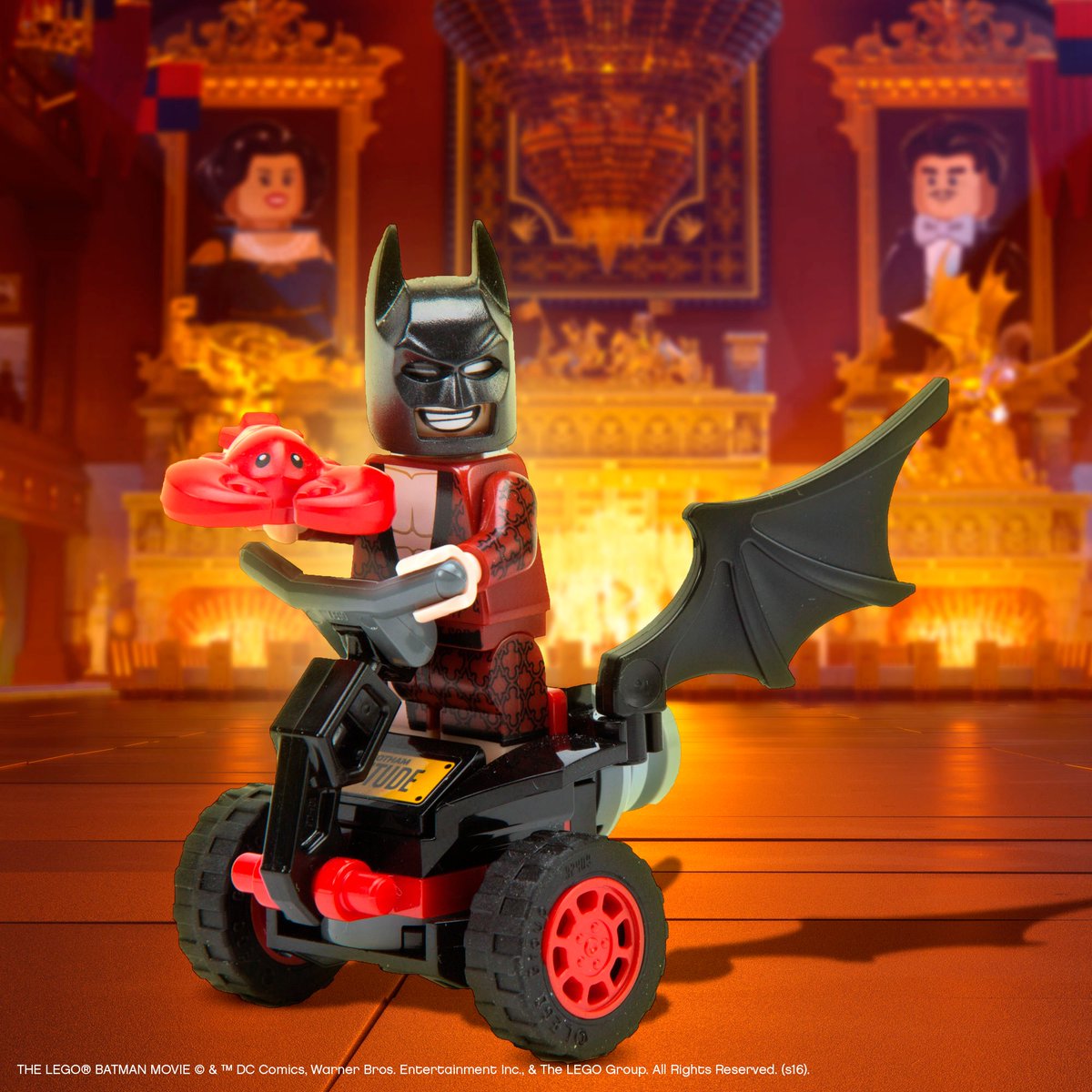 A few hours ago, LEGO tweeted out a new picture of Batman from The LEGO Batman Movie riding a Bat Segway. This could be a teaser for the upcoming third wave of TLBM sets coming out in 2018. I’ve already talked about some of the rumored sets which may include the Bat-Buggy, Egghead Mech, Justice League Anniversary Party, Harley Quinn’s Attack, and the Bat-Spaceshuttle. The Bat Segway shown above could be part of one of these sets. Stay tuned as LEGO could do more teasers for the next wave of The LEGO Batman Movie sets.