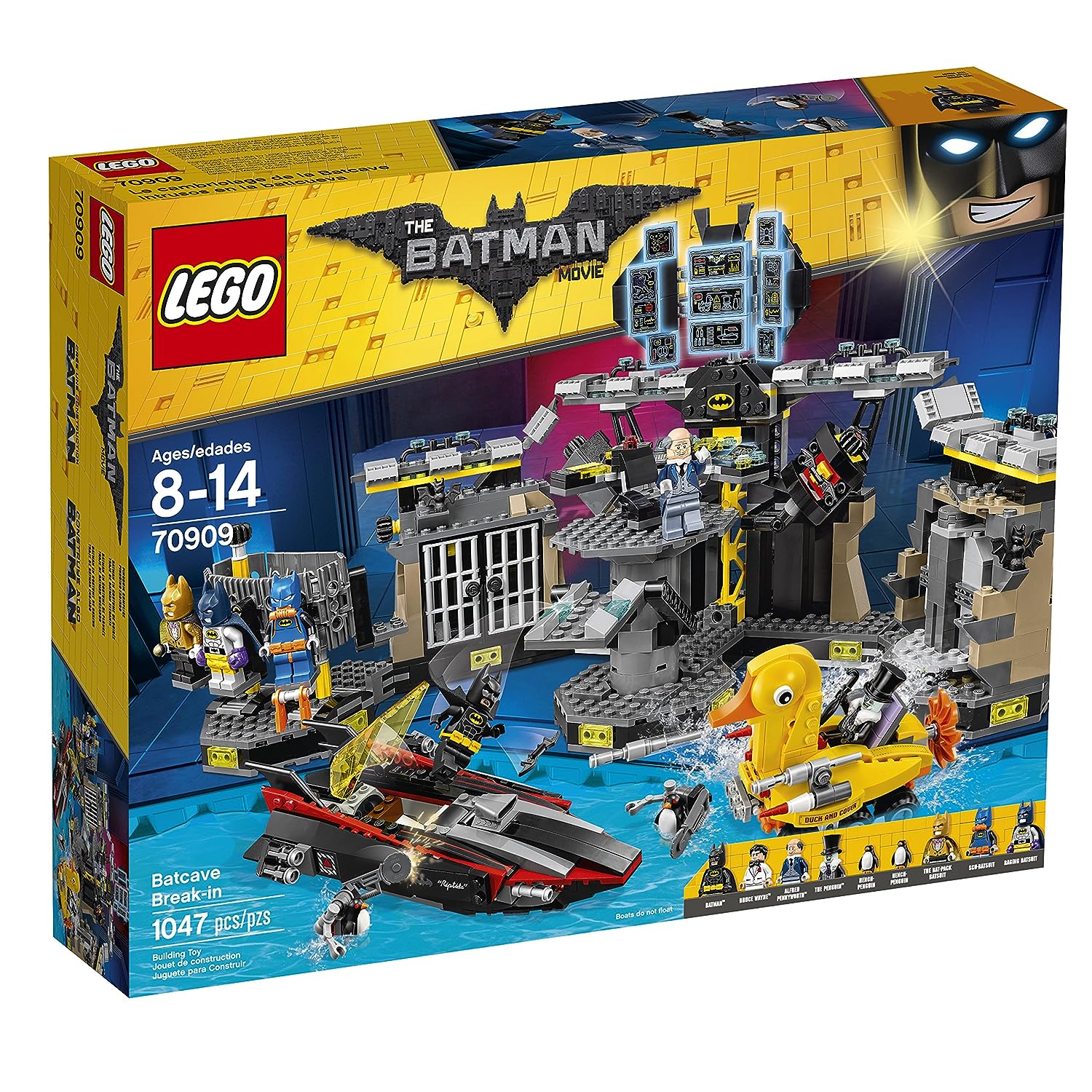 If you haven’t picked up The LEGO Batman Movie Batcave Break-in (70909) set yet, Amazon has it on sale for $69.99 which is 30% off the regular price of $99.99. This is a very substantial sale considering that this set has only been out for only a few weeks and with the movie coming soon, this is a great set to pick up. This pricing matches Walmart’s pricing so get it while you can.

Protect the Batcave From The Penguin’s Invasion!
Defend against The Penguin’s Duckmobile invasion of the Batcave in The LEGO Batman Movie: Batcave Break-in set. The highly detailed Batcave features a rotating transformation chamber for Bruce Wayne to ‘transform’ into Batman, rotating Batcomputer control center with multiscreen elements and elevating platform function, and a prison with an exploding escape wall function. The Batcave also has a rotating wardrobe with alternative Scu-Batsuit, Raging Batsuit or the Bat-Pack Batsuit minifigure bodies for Batman. Dial up the conflict by using the Batboat’s spring-loaded missiles against the Duckmobile’s dual stud shooters and flick missiles. Includes four minifigures plus two Hench-Penguin figures.