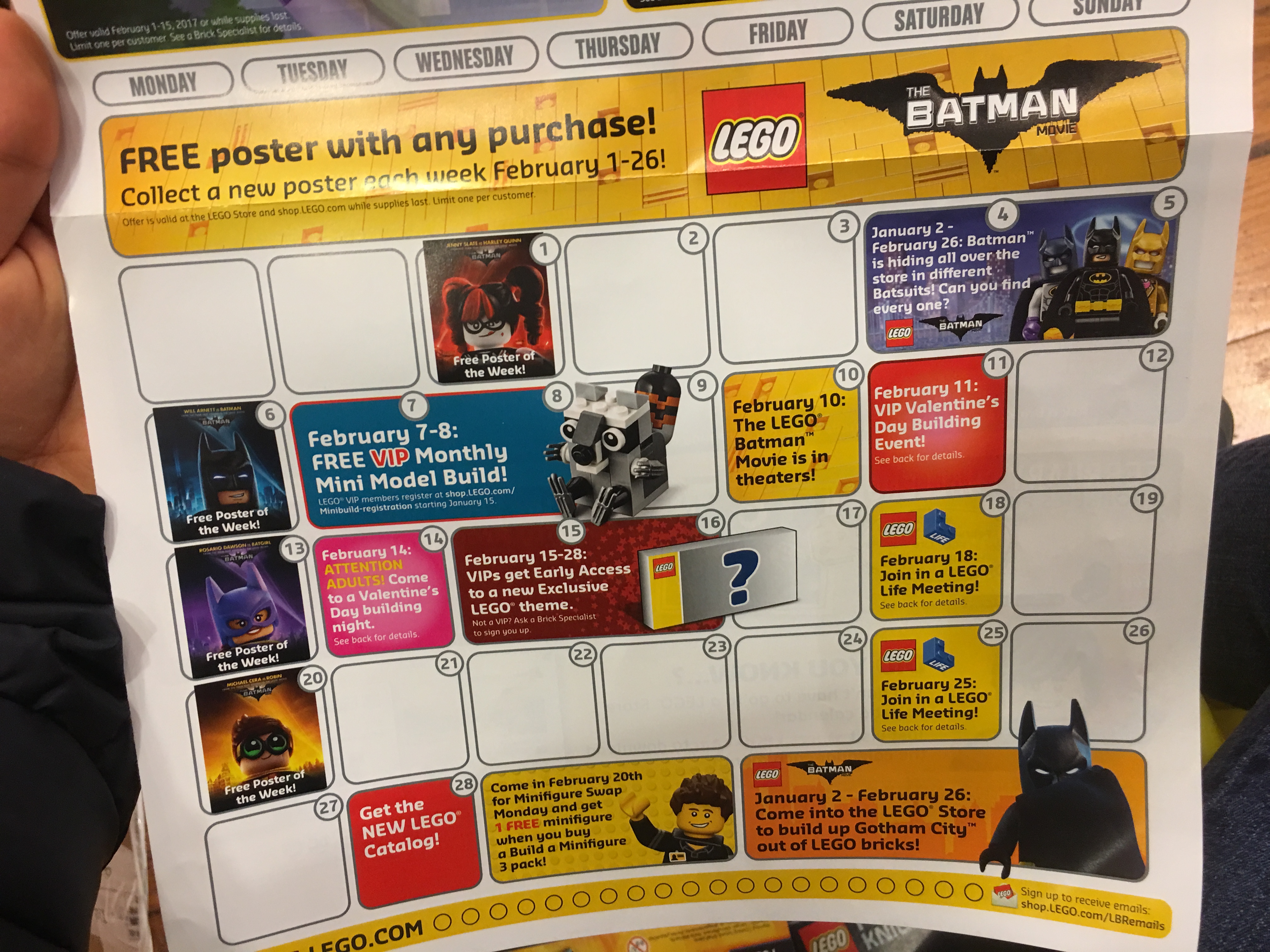 February is The LEGO Batman Movie month and all month long at LEGO Stores and on [email protected], they will be giving away free posters with any purchase. The posters are four of the character posters for the movie which I’ve reported on before. The characters include:

Surprisingly, the Joker isn’t one of the posters that will be given away which is strange because he’s one of the main antagonists of The LEGO Batman Movie.