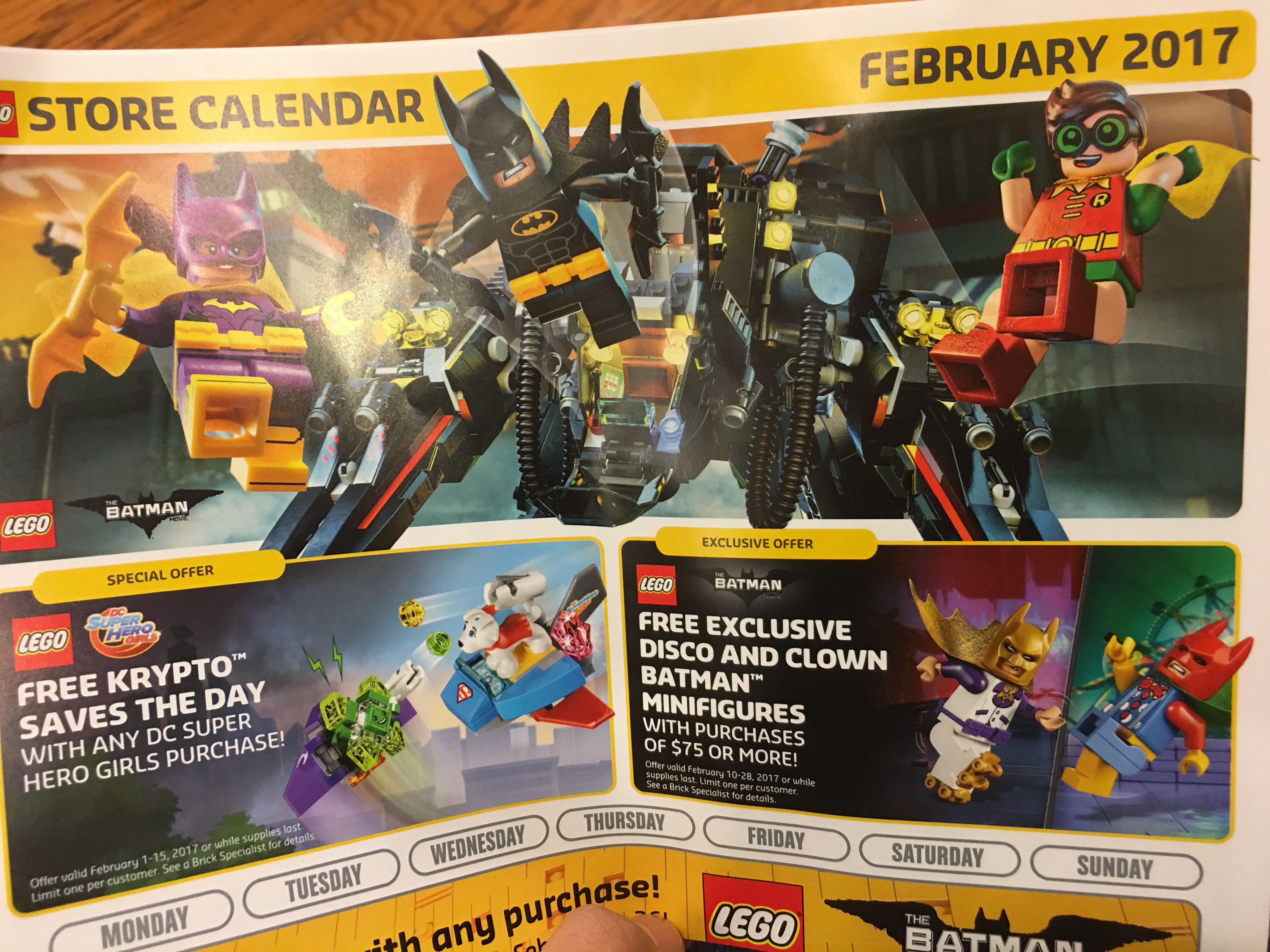 LEGO Stores have already started passing out the February 2017 Store Calendar and we can now confirm that The LEGO Batman Movie Disco Batman/Tears of Batman (30607) polybag will be part of a promotion for the month. You can get the exclusive polybag for free with purchases of $75 or more from February 10-28, while supplies last. As you can see, the polybag contains two new variants of Batman in some colorful outfits.

There will be a lot of the winter 2017 sets available by then so if you want to get the Disco Batman/Tears of Batman (30607) polybag, I suggest doing it early in the promotional period in case stock runs out quickly.