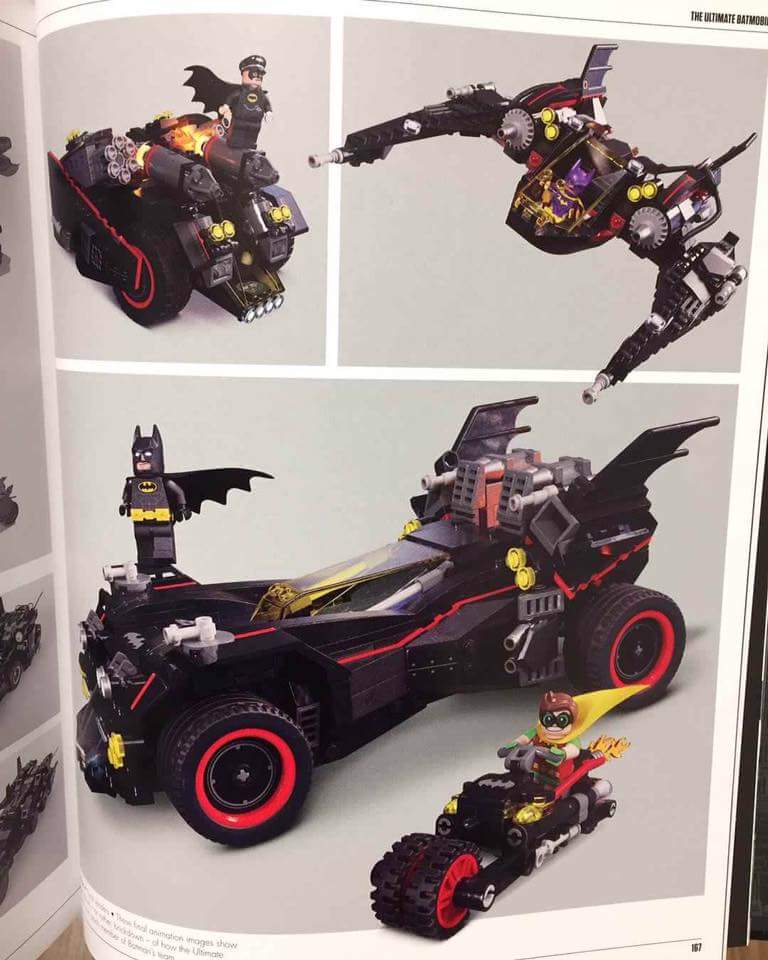 A few days ago, The LEGO Batman Movie The Ultimate Batmobile (70917) was announced and it was stated that it was able to separate into four different vehicles including the Batmobile, Batwing, Bat-Tank, and Batcycle but there were no images of that.

Earlier today, there’s an image that showed up on Reddit which shows The Ultimate Batmobile separated into the four vehicles. The post doesn’t give the source but it’s from a book which I assume is from the upcoming The LEGO Batman Movie: The Making of the Movie.

The set will be released on June 1 and will retail for $129.99. It contain eight minifigures including Batman, Robin, Batgirl, Polka-Dot Man, Alfred Pennyworth (in Batsuit), Wicked Witch of the West, and two Flying Monkeys. What do you guys think of the set now that you’ve seen it separated?