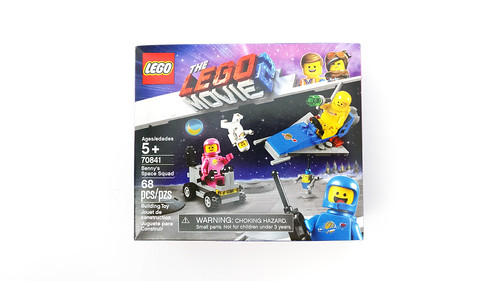 The LEGO Movie came out five years ago and arguably the most popular character was Benny. The sequel comes out in a few short weeks and Benny will be bring along some of his friends with Benny’s Space Squad (70841) set. It has 68 pieces and retails for
$9.99. The contents of the box include two unnumbered bags and the instructions. 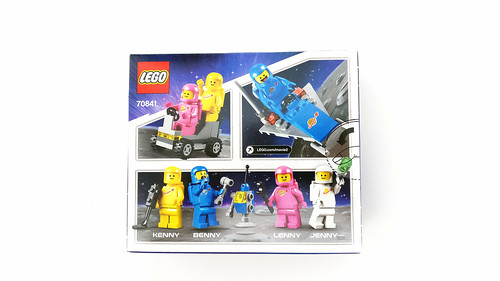 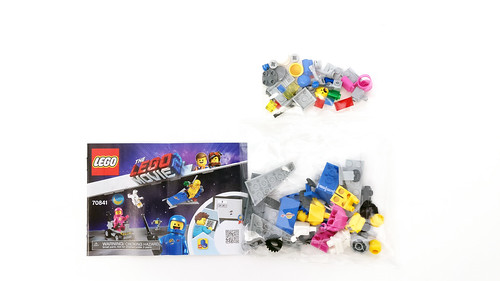 There are four minifigures included in this set which are four different colored classic astronauts. The first one is Benny who looks almost exactly the same has the one in the first movie. The torso shows him with a faded Classic Space logo. To complete his look, he has a blue helmet with the signature broken chin strap and blue air tanks. He has a double-sided head with a happy smile on one side and a scared look on the other. The difference with this one and the first one is where the tongue is located. 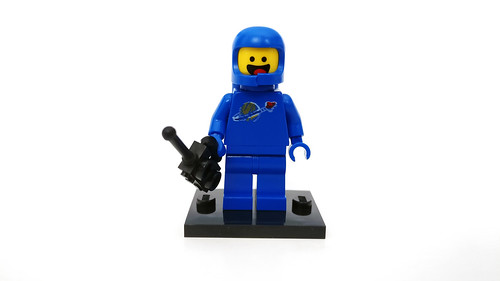 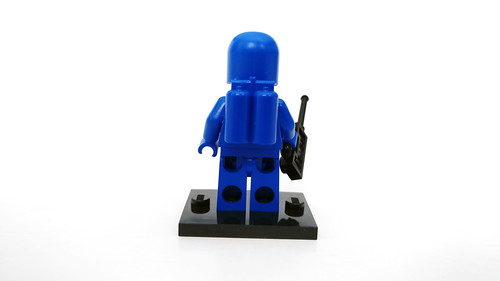 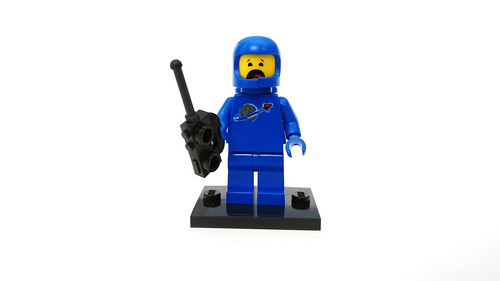 Kenny is a yellow version of the Classic Space astronaut. He is pretty much the same as Benny except that the Classic Space logo is complete and the helmet is not broken at the chin strap. His accessory is a metal detector. 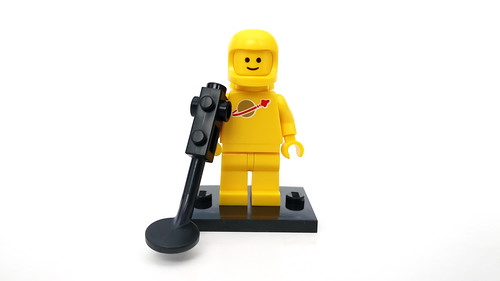 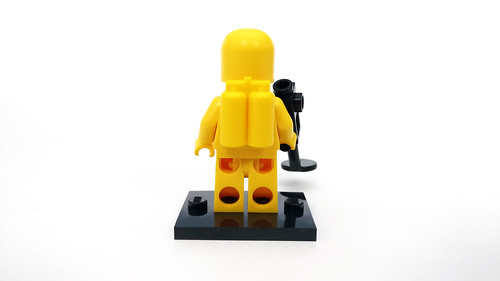 Jenny is the white astronaut and the suit first appeared in 1978. Again like before, the Classic Space logo is unblemished and she also has the unbroken helmet and air tank. Her accessory is some sort of laser gun. 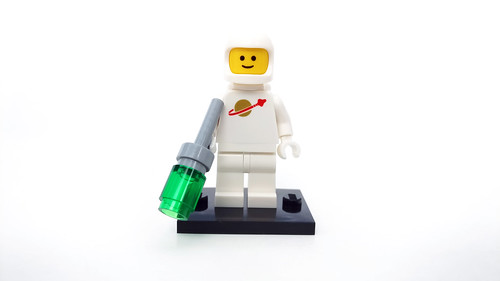 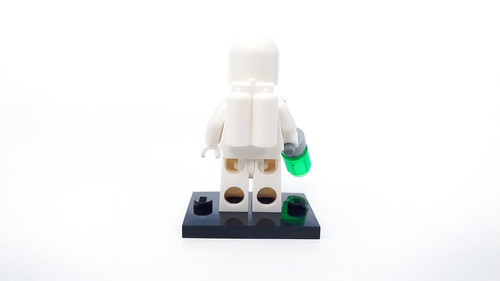 Finally we have Lenny who sports a brand new pink variant of the astronauts. Like with the others, he has the same equipment but I’m sure fans will enjoy them in the new pink color. His accessory is a wrench. 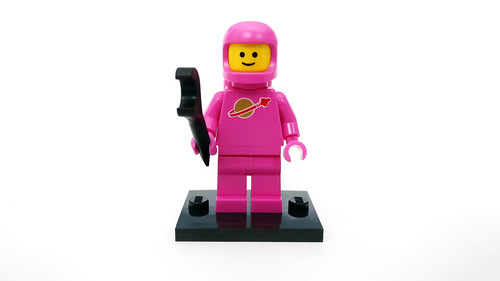 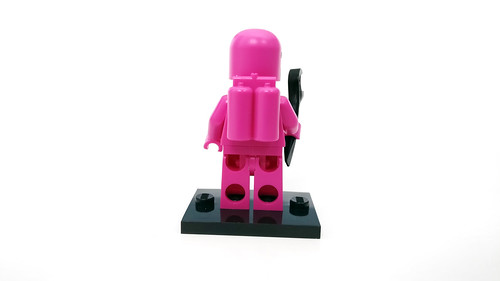 The first part of the build is a little robot which looks very similar to the one found in the Gamma V Laser Craft (6891). This version uses the Classic Space color scheme with the gray and hints of blue and yellow. Like its design predecessor, it uses a 2×2 dish as a stand and a camera for the body. 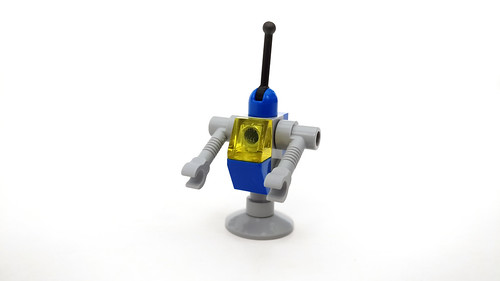 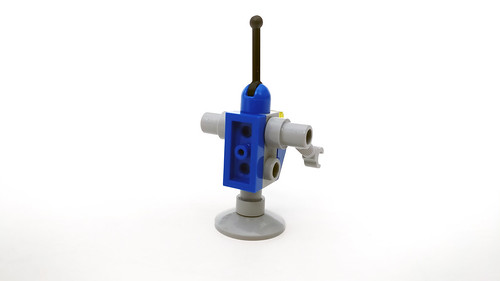 Next up is a small lunar buggy that is a slight update to the Space Buggy (886) from 1979. It is actually able to fit two minifigures on it and there’s even two clips on the back for their accessories. 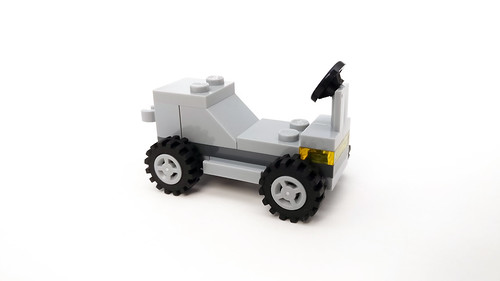 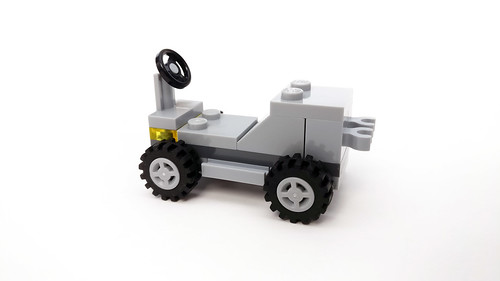 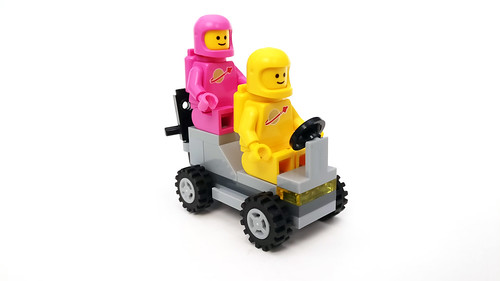 Lastly we have the spaceship which looks closest to the Space Scooter (885) with some similar features such as the laser cannons in the front and the antenna on the back. I do like the inclusion of the printed Classic Space logo on the 2×4 slope brick. 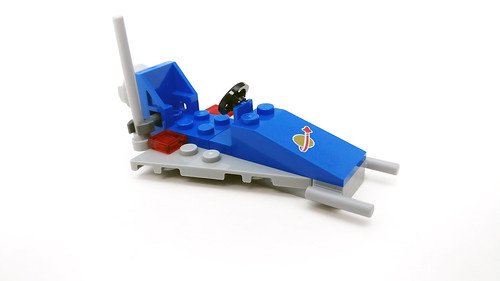 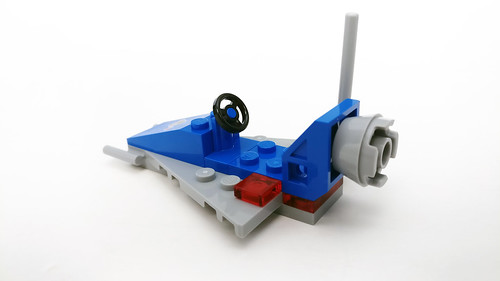 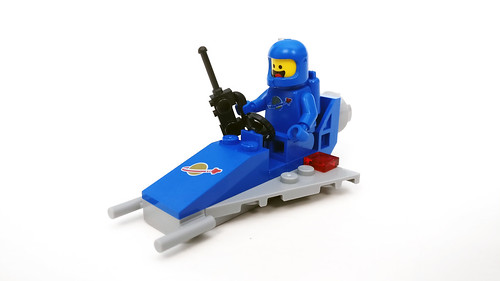 Overall, The LEGO Movie 2 Benny’s Space Squad (70841) is a great value for what you get. Not only are you getting four different colored astronauts, you also get some small builds that pay homage to some of the older Classic Space sets.

This was one of the most popular sets when The LEGO Movie 2 launched at the beginning of the month as it flew off the shelves. I still haven’t seen it on store shelves here in San Diego so I had to order it online. It looks like there’s plenty of stock now on [email protected] so there’s no worry of having shipments delayed. 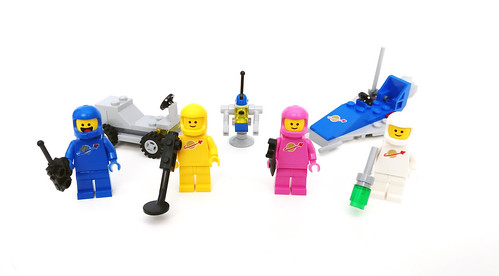