Although The LEGO Movie was snubbed at the 87th Academy Awards, the theme song “Everything is Awesome” was still in the running for Best Original Song which was performed live by Tegan and Sara and The Lonely Island. Unfortunately, the song lost to “Glory” from Selma but the best moments were during the performance.

Nathan Sawaya, who created the original Oscar statue that Phil Lord tweeted out last month, created a bunch more and they were handed out to various celebrities during the performance. Oprah Winfrey was one of these celebrities who received one and she was ecstatic to get one when the camera panned to her. Later on the performance, Will Arnett came out wearing the Batman Forever armor and sang a verse from Batman’s Song (Untitled Self Portrait).

Overall, it’s cool to see people getting some recognition for their work for The LEGO Movie as well as Nathan Sawaya for his rendition of the Oscar trophy created out of LEGO bricks. 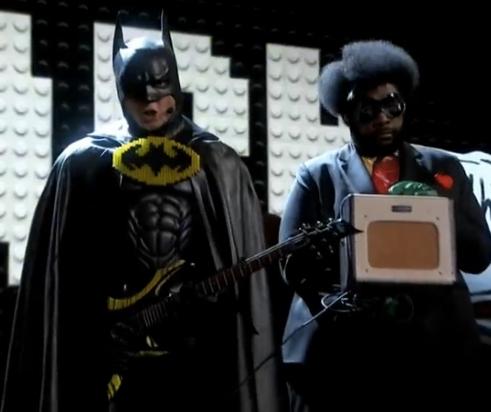