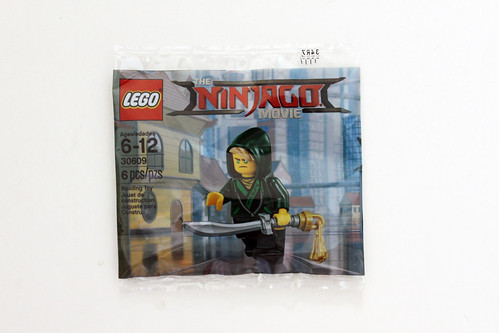 Today is the premiere of The LEGO Ninjago Movie in theaters and LEGO has started a new promotion in stores and on [email protected] for the Lloyd (30609) minifigure polybag. This version of Lloyd is exclusive to this polybag and is seen partly in the movie and is a little bit different from the Lloyd you get in The LEGO Ninjago Movie Collectible Minifigures. 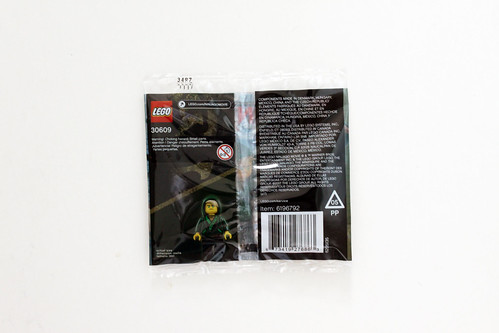 The torso has printing of his green hoodie slightly zipped up over his ninja suit. This is a little different than the CMF one where he has a white shirt underneath instead. The legs are the same ones as in the CMF where he has on black pants with a brown belt and some printing of the bottom part of the hoodie. He has a single sided head with an angry expression. The hoodie/hair mold is also the same one as before but his hair is now light gray. I also want to note that the hair has some black misprinting on it. I’m not sure if this is a widespread issue or not. His accessory is his sword with a pearl-gold tassel. He does not come with the black stand as I use it for all my minifigure reviews. 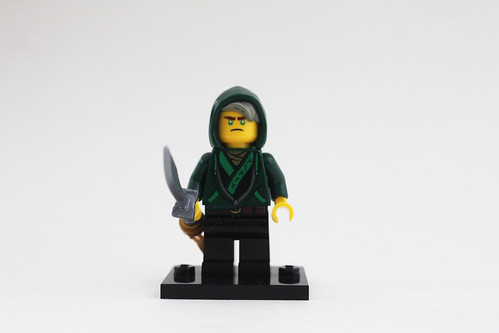 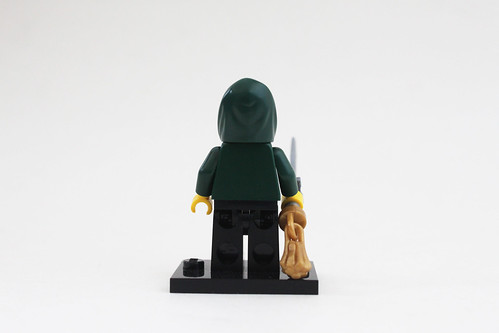 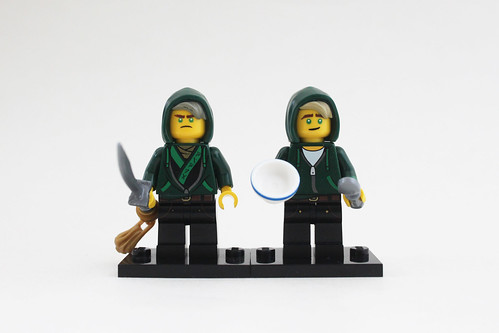