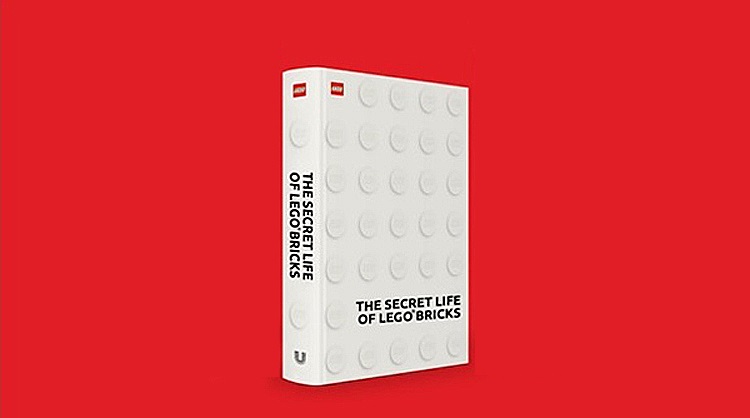 A couple of weeks ago, LEGO on the LEGO Ideas platform did a fan vote for an upcoming book geared towards AFOLs and the winning title has been announced as The Secret Life of LEGO Bricks. You will be able to pre-order it at Unbound and if you do, your name will be printed on the back of the book. There will also be rewards as part of the pre-orders including a print of the LEGO Wooden Duck with more to be revealed later on.

The Secret Life of LEGO Bricks won’t be released until 2022 but the pre-orders will be accepted through early 2021. The book will feature a variety of LEGO elements, from monorail tracks and wheels to smart bricks, the Mask of Life from BIONICLE, and more. It will be written by Daniel Konstanski, US editor of Blocks Magazine, who I’ve met before a few times at Philly Brick Fest.

Developed with input from a group of AFOL ambassadors and voted for via a public competition on LEGO®️ Ideas, The Secret Life of LEGO Bricks is a LEGO history like no other. Showcasing the extraordinary variety of LEGO elements, from monorail tracks and wheels to smart bricks, the Mask of Life from BIONICLE®️, and many more, The Secret Life of LEGO Bricks will feature interviews with the designers, managers and technicians who brought them to life, as well as artifacts from the LEGO Archive in Billund, Denmark.

The book will be written by Daniel Konstanski, the US Editor for Blocks Magazine and a passionate, lifelong LEGO fan. He is an ardent student of the LEGO Group, its portfolio of beloved products, and the AFOL community, having researched and written hundreds of articles covering every aspect of the hobby. Daniel is considered one of the most knowledgeable and authoritative voices in the fan community on the company and its products.

This is an exclusive, once in a lifetime opportunity to own a piece of LEGO history; The Secret Life of LEGO®️ Bricks will only be available through Unbound, and every fan who pre-orders will get their name printed in the back of the book. A range of additional must-have rewards from the LEGO Group include a print of the famous LEGO wooden duck dating from 1958 and retired LEGO sets retrieved exclusively from the ‘LEGO basement’, with more to be revealed.

Robin James Pearson, Head of Publishing at the LEGO Group, said: ‘We are thrilled to be working closely with the AFOL community to identify, co-create, and publish unique books that satisfy the great thirst for knowledge of our adult fans. There have been a number of books published about the LEGO Group and the LEGO brick over the years, but this is the first time we have had the opportunity to work directly with the adult fan community to discover what titles they would like to see on their bookshelves.’

Unbound CEO Dan Kieran said: ‘Unbound is a global publishing platform where superfans can come together to fund books that are too niche for the conventional mainstream marketplace. Along with the book itself, Unbound and their partners also create exclusive merchandise, experiences or tickets to events that will not be available in any shops. We’re thrilled to be opening up Unbound to an iconic, global brand like the LEGO Group.’

AMEET Vice President and Publisher Eric Huang said: ‘This collaboration with Unbound allows AMEET to expand its publishing to a new audience, reaching adult fans for the first time. We hope this is the start of a long and successful publishing venture.’

The crowdfunding campaign will launch on Monday 17th August at 3pm BST and will be accepting pledges until early 2021. Books are expected to arrive with pledgers by spring 2022. This truly is a book for AFOLs, by AFOLs, with the full support and involvement of the LEGO Group.

More details can be found at the project page on Unbound here: