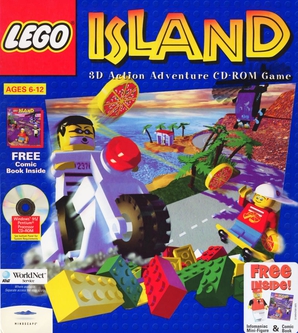 We are sad to learn that Wes Jenkins, Creative Director, Writer, and Designer for LEGO Island, has passed away today. You may remember that last year that Wes was facing some financial hardship and reached out to the community for help.

Wes’ legacy is remembered here in the community with LEGO Island, LEGO Island 2, and co-founded the Learning Range at LEGO. The success of LEGO Island spawned other themes including Island Xtreme Stunts and Racers and influenced subsequent video games such as LEGO Star Wars and Indiana Jones.

Thank you to Johnathan who emailed in about this news.