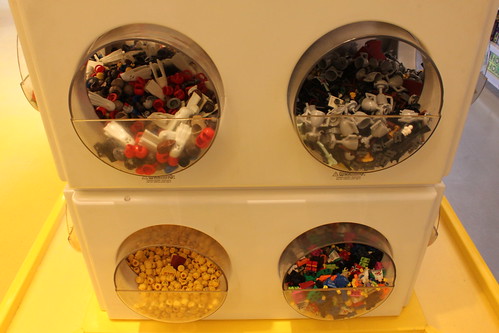 I recently featured the new 2015 first quarter LEGO Store Pick-A-Brick Wall elements and while I was there, I also had a chance to take a look at some of the new stuff on the Build-A-Minifigure bar. There were so many things I haven’t seen there so some of them might have been available before but I didn’t notice them. Note the above image is from the previous quarter because I forgot to take a picture of it with the new stuff. Again, most of these elements will be available at different locations but some stores may not have the same ones.

For the heads, the one that stood out the most for me is the queasy guy’s head from the LEGO Creator Fairground Mixer (10244)

. The set was released just last year and I was surprised to see that head available already. Another head that stood out was the Overlord’s from the LEGO Ninjago Battle for Ninjago City (70728)

. It might not fit in with many things but it’s cool for some themed MOCs. The rest are some general ones that you can use in many situations. 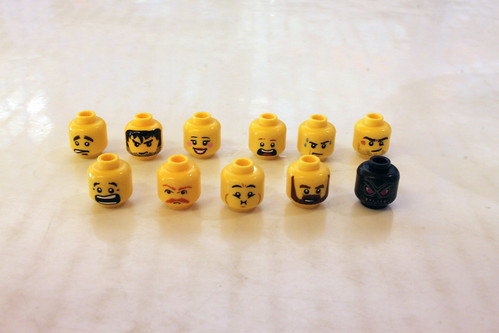 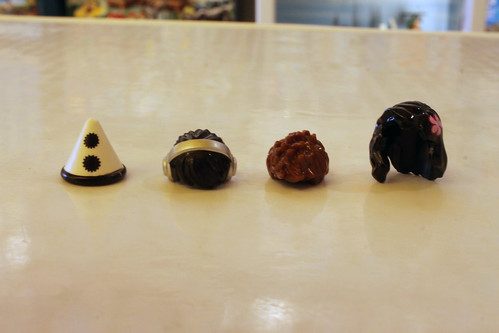 For the torsos, I only found three that were new. The first torso is from the red, white, and blue one windsurfer one which was most recently in the LEGO City SUV with Watercraft (60058)

. The next one is the black and magenta one from the Skater Girl from the Series 6 Collectible Minifigures. The last one from the Evil Dwarf minifigure from Series 5 which has the black torso with the dragon wing and dwarf head buckle on the front. 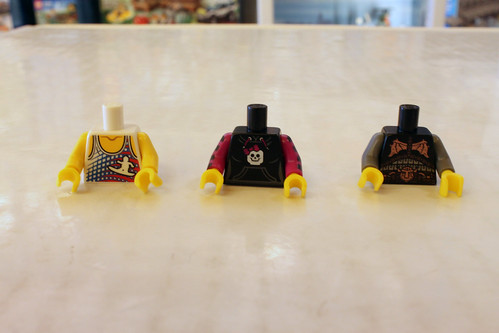 For the leg pieces, we have the robe piece from the Series 8 Alien Villainess, a black one with torn areas from the Series 9 Mr. Good and Evil, and some short brown legs. 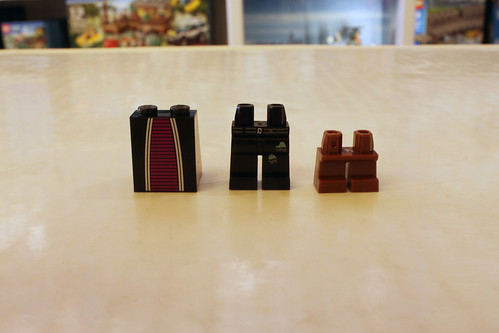 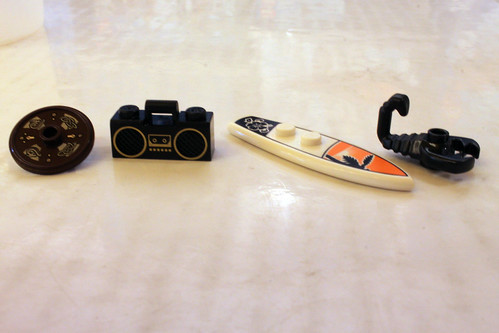