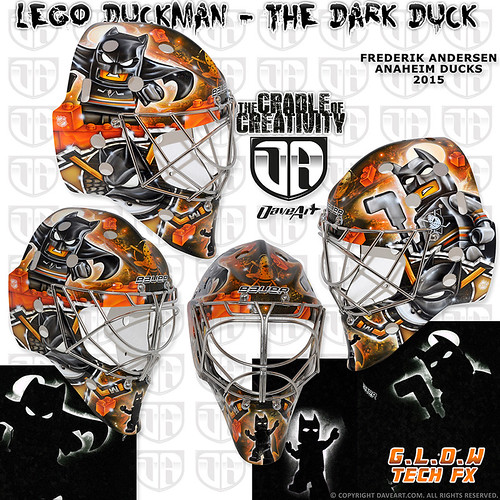 A few months ago, I featured Anaheim Ducks goalie Frederik Andersen and his LEGO goalie mask that he wore during last season in the NHL. For this upcoming season, he will be wearing another LEGO inspired mask to pay tribute to his homeland of Denmark. He has commissioned DaveArt artist David Gunnarsson to create a mask featuring LEGO Batman wearing the Ducks jersey. Even the Ducks logo is seen wearing Batman’s cowl. It looks like we can look forward to seeing Andersen wearing different LEGO masks every season.