I’m not sure how many of you readers are hockey fans but the 2015 Stanley Cup Playoffs is well underway and the Anaheim Ducks are getting more exposure as they are in the Western Conference Finals. Ducks goalie Frederik Andersen who is a native of Denmark, which is also the home of The LEGO Group, debuted his LEGO-designed mask at the beginning of the season but people can now see more of his mask since his team is shown more in prime time and not just mostly on the west coast. NBC even did a close up look on it during the game while they were talking about Andersen. The mask was designed by DaveArt and it shows off a minifigure in a Ducks jersey building a brick wall in front of the goal. It’s cool to see a player represent something from his home country which happened to be our favorite hobby in LEGO.

Thanks to Aaron for emailing in about it. Unfortunately, my LA Kings didn’t even make the playoffs as they just came up short so that’s a bummer. I won’t jump on any bandwagons and I’ll just wait for the Kings to come back next year. 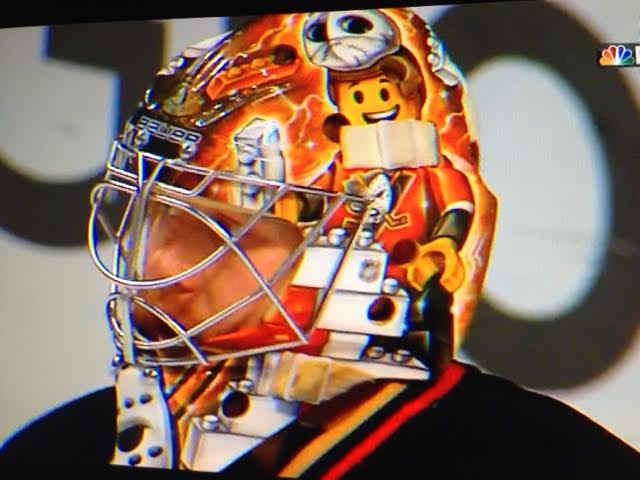 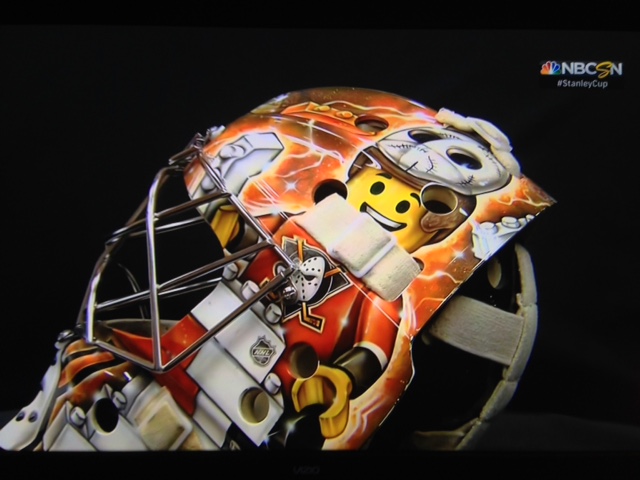 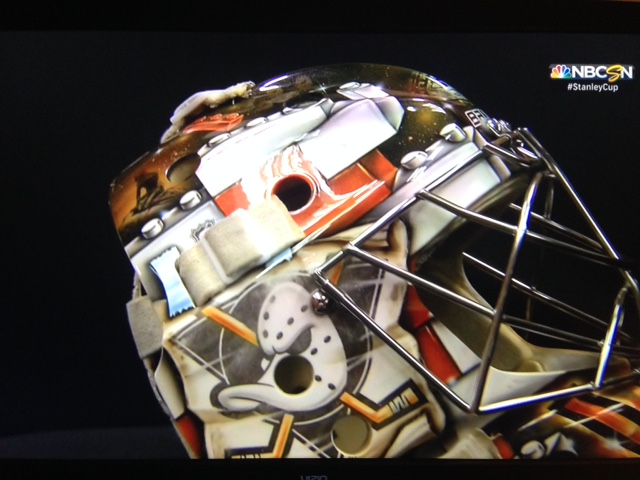