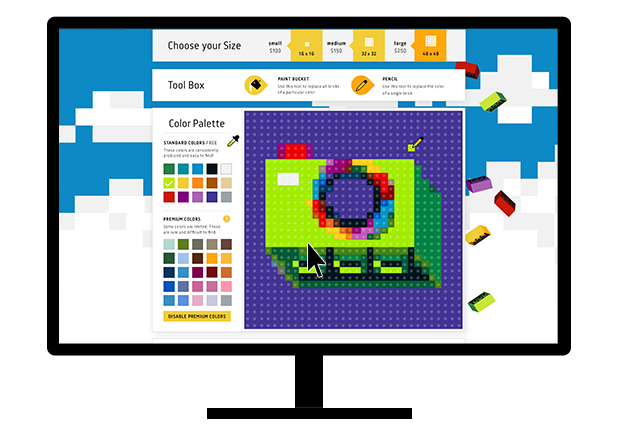 I was contacted by Jake from Brick-A-Pic who is spearheading his LEGO KickStarter project. Brick-A-Pic is a website that converts your photos, logos, and other images into LEGO mosaics.

LEGO mosaics are a popular form of artwork in the LEGO community and Brick-A-Pic makes that process of creating one a little easier. They currently have a software that you can demo to give you an idea of how Brick-A-Pic works. One cool thing about the project is that, they also provide you physical LEGO bricks along with the plans and instructions.

Check out the video below for more details and test out the demo on the website to get a feel of how it works. The goal is to get $50,000 in a month so help spread the word. 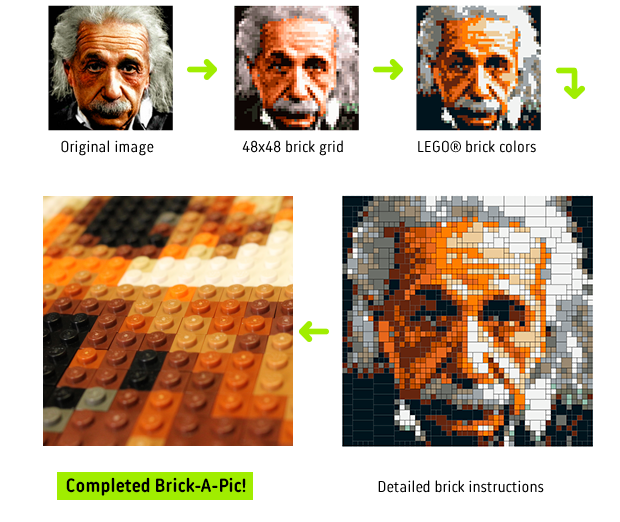