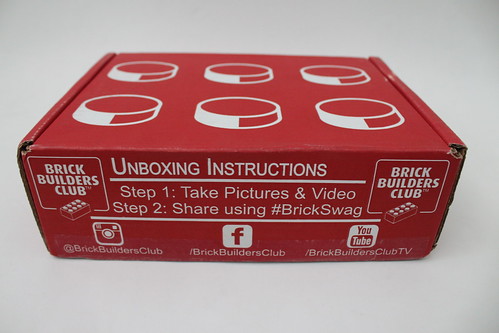 You may be familiar with this thing called Loot Crate where you pay a monthly subscription and you get a mysterious box filled with stuff that is geeky. More and more companies are going towards this same business model and Brick Builders Club is one that is centered with LEGO content. This new membership service was first revealed at Philly Brick Fest a few weeks ago. I’ve recently received one for review and you can see if it’s something that interests you or not. 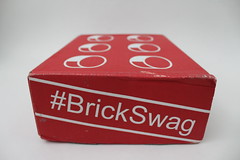 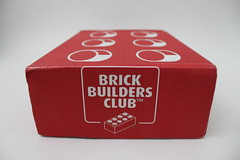 Like I mentioned before, the Brick Builders Club is a membership based service that is filled with LEGO-related items but more for something to show you new ways to use your existing LEGO bricks. 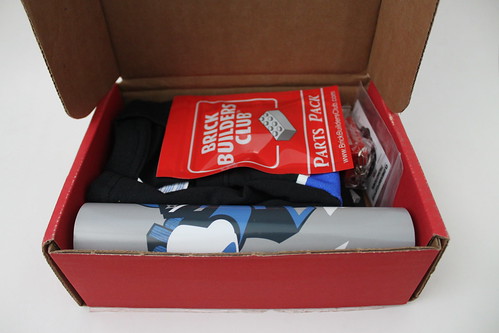 The first item in the September box is a small poster featuring a pirate ninja throwing some stars with the caption “Throwing Starrgh!” 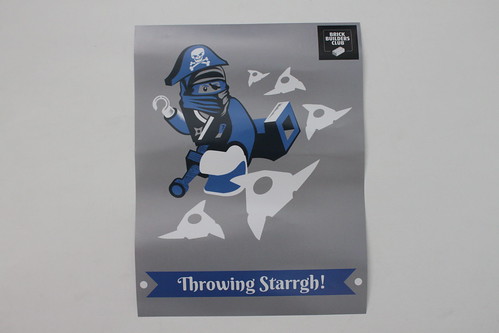 Every month, you will also get a t-shirt with the box and this month’s shirt is the Star Wars one which is almost the same one that I got from Philly Brick Fest back in April. This version has the Brick Builders Club logo in the corner instead of PFB. There will be a new design every month so you won’t be getting the same one if you’re a subscriber. Sizes of the shirts range from kids small to adult 3XL. 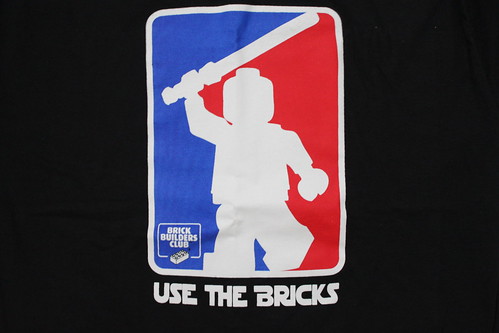 The next item in the box is a 2×4 brick keychain but it’s not an ordinary keychain. There’s one button that makes it a small flashlight while the other button makes it a laser pointer. 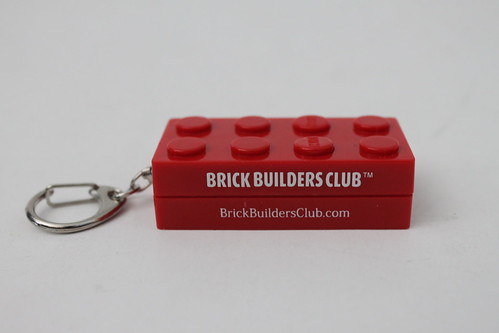 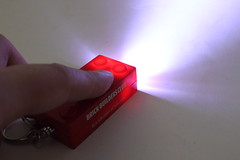 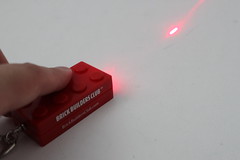 The first of two custom parts pack is a Battle Pack from Clone Army Customs. The helmet looks to be a white Recon Helmet that is blank and you customize yourself. One of the weapons is a Scuba Rifle and the other is an ARC Blaster. 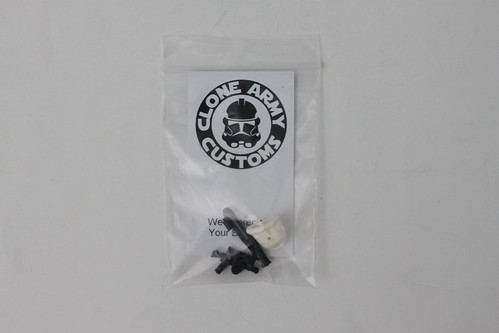 The other custom parts pack is a mysterious one by Brick Warriors. When you open the resealable bag, you’ll find that it contains 6 items. You get a Sarissa Spear, a Pavise Shield, a Horned Plate Armor, an Android Head, a Tribal Drum, and a Cornu. 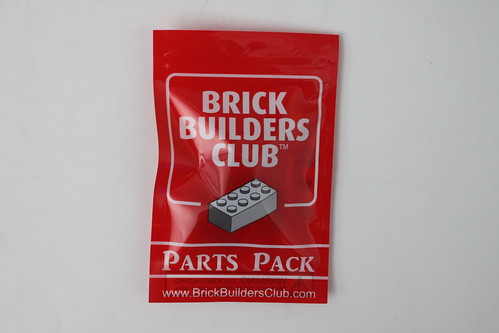 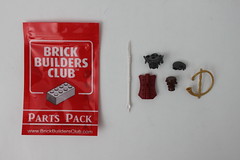 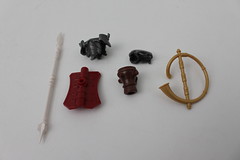 In the Brick Builders Club box, you also get some custom trading cards that The Mad Stacker has put together called Funky Figs. They are reminiscent of the Garbage Pail Kids cards where the characters have weird names and such. The back of the cards have a short bio as well as some other details about the characters. Try to collect them all. 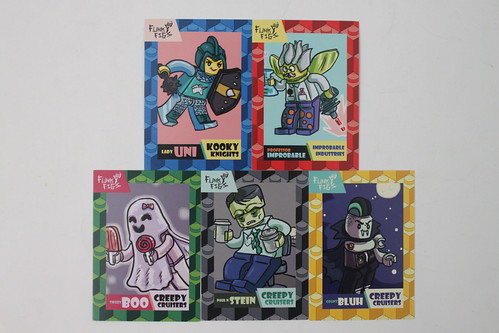 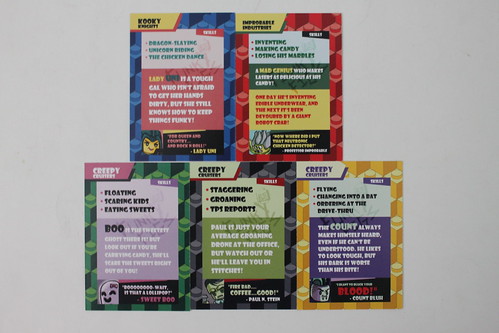 A sticker is also included which shows a food pyramid design made with different types of LEGO elements and with the caption “You are what you eat.” 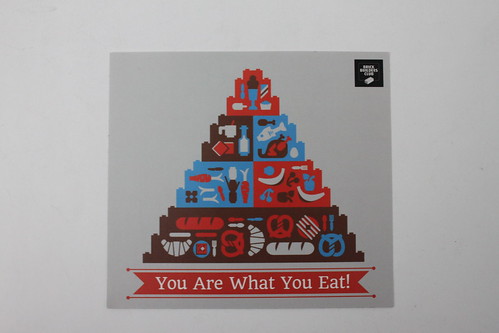 The Build Magazine contains an assortment of activities that younger kids can complete. It’s filled with puzzles and coloring pages as well as a calendar of upcoming LEGO events that will be happening during the month. 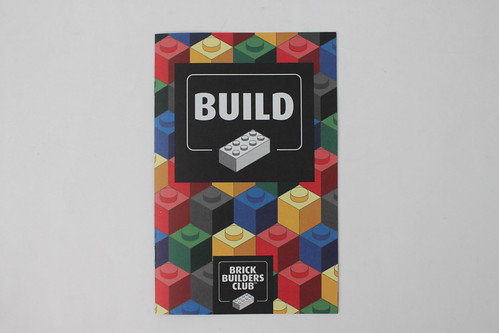 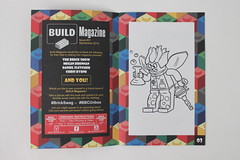 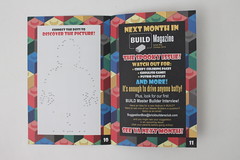 Overall, the Brick Builders Club is mainly aimed towards parents with younger children but want something a little different. You may notice there are no LEGO bricks included. It was mentioned that it is more of as an inspiration, education, and entertainment. There are plans to possibly include actual LEGO bricks in the future boxes but they don’t want to set an expectation that there will be.

Of course, you won’t be getting the same stuff every month and there are plans to include other things such as building instructions from other LEGO builders.

The subscribtions are either monthly or you can do a 3 month subscription at a slightly discounted rate. I believe you do get what you pay for and it may interest some of you. Head over to their BrickBuildersClub.com and check out what they have to offer. But wait! If you use our referral code BRICKFAN15, you can get $15 off your first 3 month subscription so you can test out the waters. 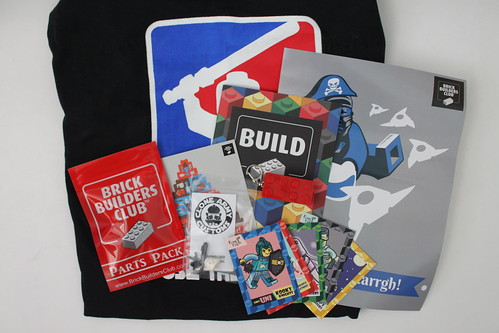