Recently, I received a surprise Brick Loot June 2015 subscription box at my doorstep. I first did a review when they first launched at the end of last year. I had some mixed feelings about it since it was advertised as “a monthly box subscription company geared towards LEGO and BRICK Lovers” but I didn’t expect that it would include some clone brands. 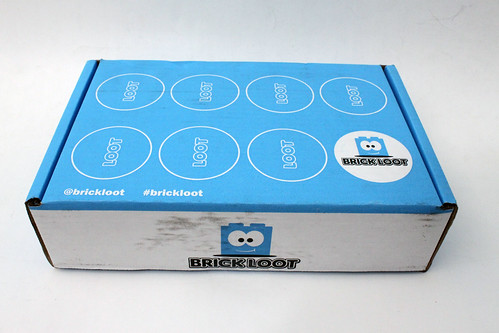 Let’s just jump into the box and see what we get. This month’s brick Loot box is called Brickasaurus Park to celebrate the release of Jurassic World in theaters. Since this is a non-paid review, I’m going to give my full honest opinion on it from a typical LEGO fan’s perspective. 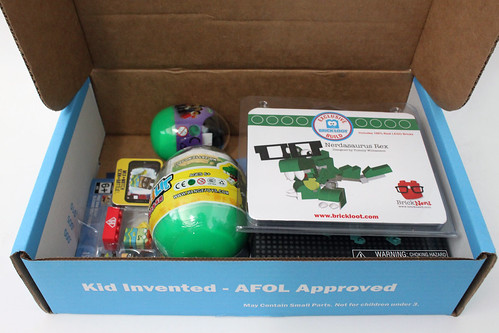 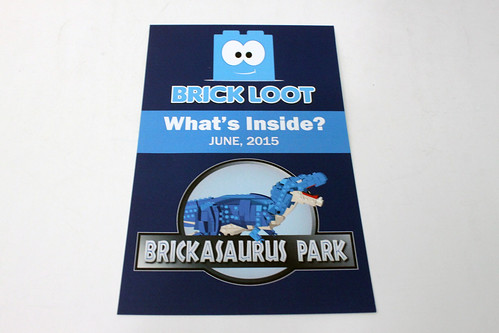 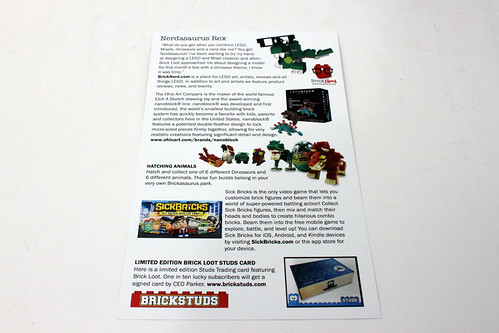 The first thing I noticed was the custom Nerdasaurus Rex build by our good friend Tommy Williamson of BrickNerd. As you can see, it’s a pretty cute and nerdy T-Rex. In my eyes, this was one of the few things that interested me as LEGO purists wouldn’t like to see what else is included in the box besides one other item. 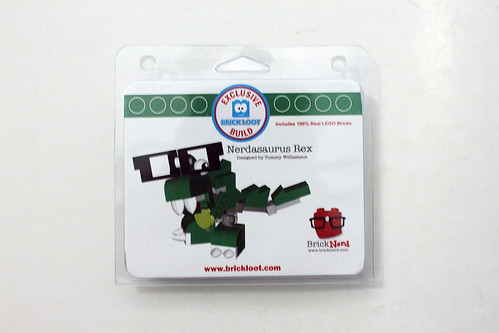 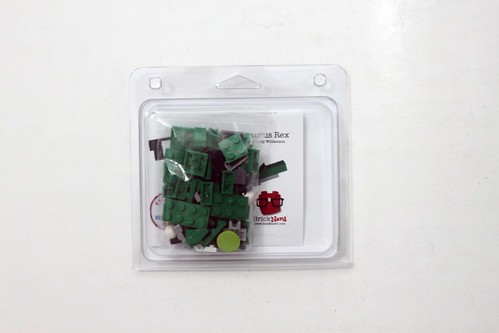 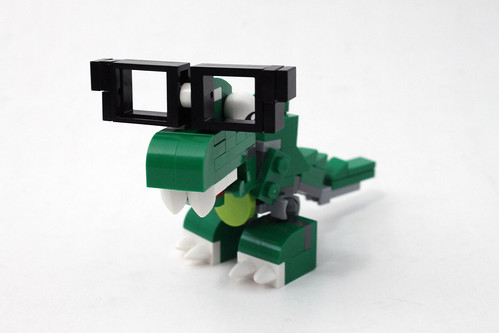 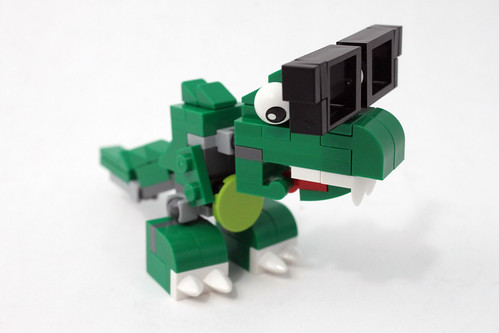 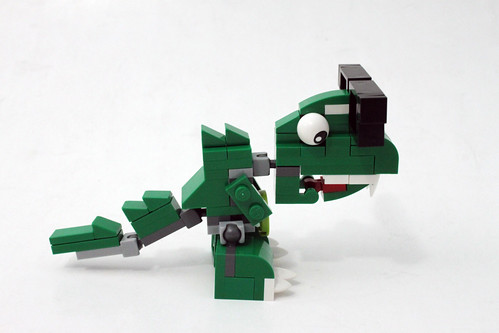 The next thing is a Nanoblock set NBA_010 featuring a Stegosaurus and a Tyrannosaurus Rex. Currently this set retails for $26.99 on Amazon

. Nanoblock is a clone brand that has a similar design of LEGO bricks in a smaller scale. 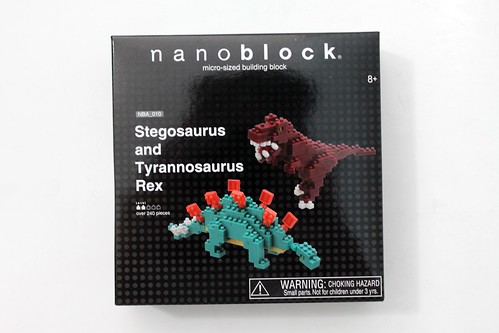 Next up are some items that I honestly do not want to mix in with my LEGO bricks. These are some buildable animals that are clearly Chinese knock-offs by a company going by Wange Toys or Wange Industrial Co. Opening them up, they resemble a lot like LEGO but if you look closely, the material is terrible and poorly made. You can clearly see the markings on the studs of where the bricks came out of the molding machine. The amount of “clutch power” that these bricks widely vary. Some of the bricks come off too easy and some you need some force to pull them apart. Going on their website, the sets are clearly knock-offs of official LEGO sets from their “City” lineup to “DUPLO.” 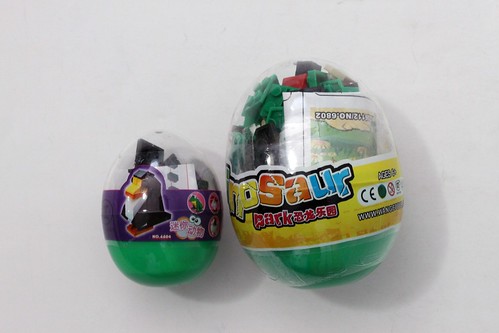 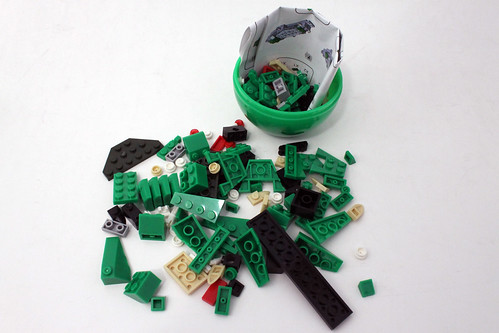 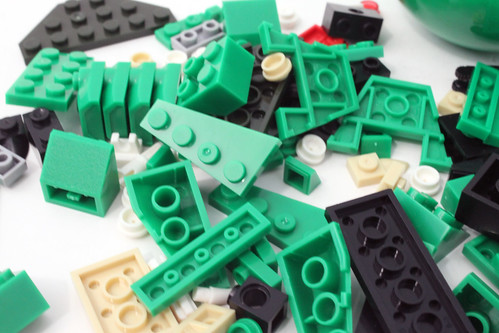 The next item is sort of another clone brand called Sick Bricks made by Spin Master. They are made up of 2×4 brick characters that you build and can be brought to life with the app. The pack even comes with a 2×4 brick with the symbol of the team printed on it. Just looking at the figures, you can see that there is subpar printing on them. Even the Aquaman looking character has some horrible misprint on the face. 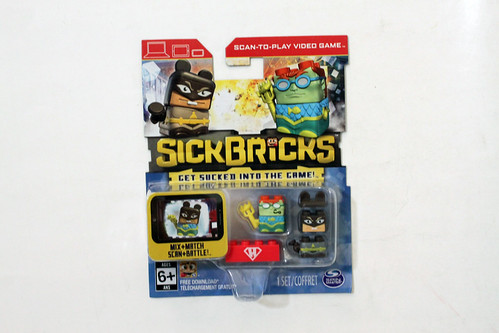 Next is a BrickStuds card featuring BrickLoot. From the box insert, it says one in ten boxes will get a signed card by CEO Parker Krex which is what I received. This card is pretty neat because I do have the complete base set from Series 1 which I reviewed last year. 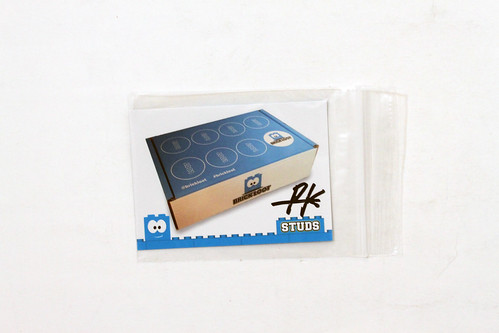 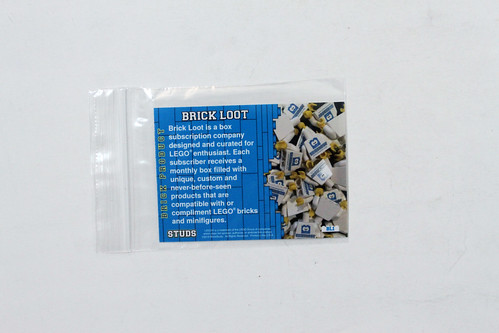 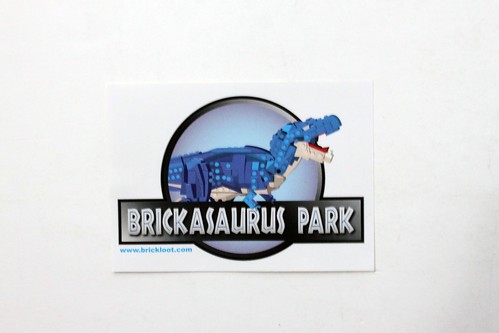 Overall, like my previous experience, I still have mixed feelings about BrickLoot. For the typical parent consumer, this might be a good match since there’s a variety of items included with the box. From the purist LEGO fan’s persepective, you might be a little disappointed especially with this month’s box because there are a number of clone products included with only the Nerdasaurus Rex being made from official LEGO bricks. 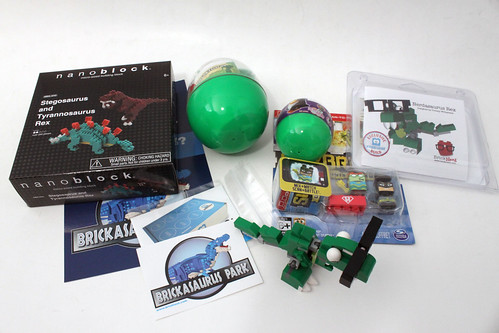 For $27 a month plus shipping, I do think that you get your money’s worth if you’re a parent who’s looking for random items for the kids to build but do keep in mind that some products won’t fit with the typical LEGO brick. Some months you get more official LEGO bricks included with the box, sometime you get a lot less. You just never know. If you are interested, head over to Brick Loot to sign up.