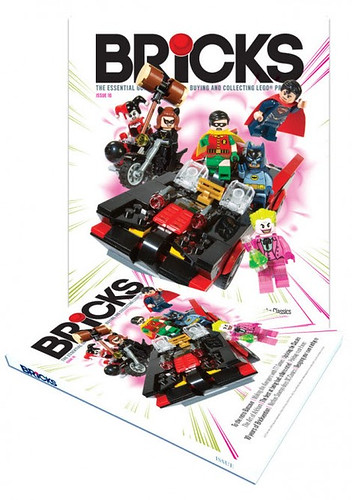 The folks over at Bricks has sent over a press release for Issue 10 of the magazine. This latest issue focuses on the Super Heroes theme from both DC and Marvel.

The time has come to stand and be counted as superheroes battle their arch rivals in the latest edition of Bricks. Issue 10 explores the great rivalries between our favourite heroes and villains from the ever-expanding universes of Marvel and DC Comics, both popular licenses in the LEGO world that have spawned some of the greatest minifigures to date.

The journey begins in the 1960s, deep underground into the newly released retro Batcave set. Inspired by the Adam West era, this giant set is packed with all of our favourite characters and a beautiful Batmobile. This is the latest big exclusive LEGO release and despite some criticism from the online community, we’re confident it will prove to be a big hit. The potential for collectors and customisers alone is huge. 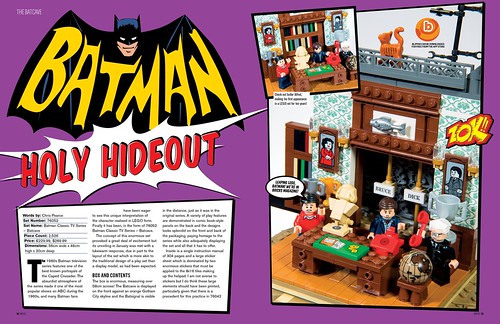 Outside the Batcave Lucy Boughton investigates the best LEGO villain figures before taking you around her amazing Poison Ivy Lair. Next stop is Arkham Asylum as we look at the amazing work of Louis Blackwell, a man who is as talented with a pen as he is with the brick as you will see from his one-off exclusive Bricks superhero piece.

We chat with Arthur Parsons of TT Games and get the inside line on the new Avengers console offering, and if this wasn’t enough there is plenty more for the LEGO superhero fan. We have a guide to polybag collecting, the latest DC Comics-themed exhibition from Nathan Sawaya and a special superhero edition of Minifigure Collector. 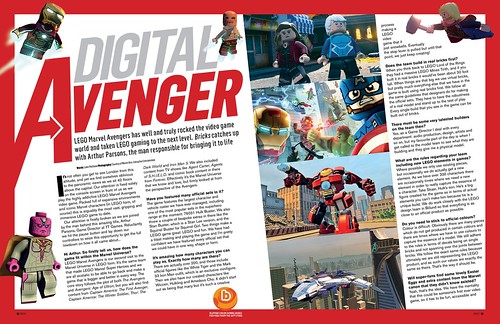 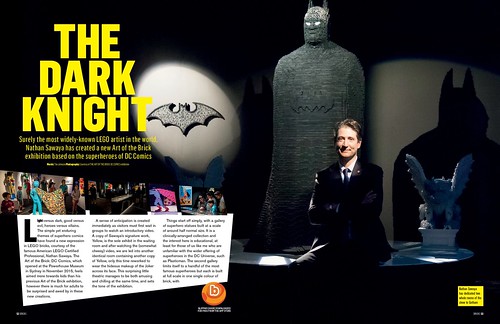 With all this excitement it’s probably best you hold onto your seats, as there is a lot more LEGO goodness contained within this packed issue. Tim Johnson goes Down Under for the anniversary of Brickvention, we profile Elspeth De Montes as she launches her new exclusive regular feature, ‘Then and Now’. Waiting in the wings is LEGO stalwart, Are J. Heiseldal, whose work reinventing classic 1980s Town sets makes for a nostalgic and fascinating read.

With masterclass builds, technique guides from Luke Hutchinson and James Pegrum, a healthy dose of reviews and much more, there should be plenty here for another fun-packed month. 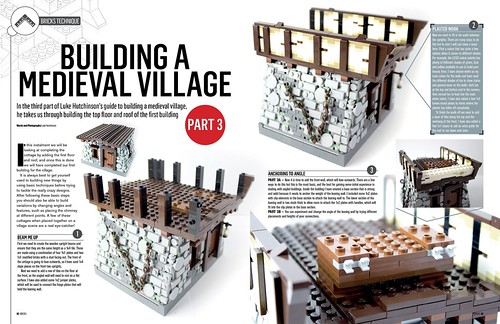 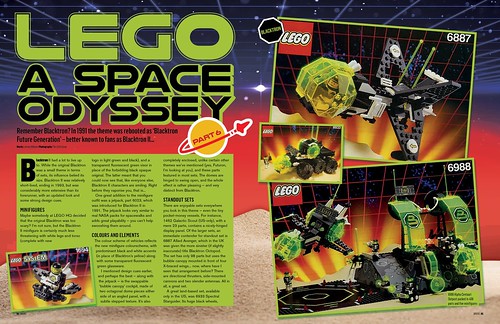 Enjoy the issue and keep building With 126 pages packed full of inspirational models and exclusive features Bricks is the premier LEGO fan magazine. With a price of just £4.99, why accept anything less?

Bricks Issue 10 is available to order now in both print and digital formats. You can also download our brand new Android App which will let you take the digital versions of Bricks wherever you go.