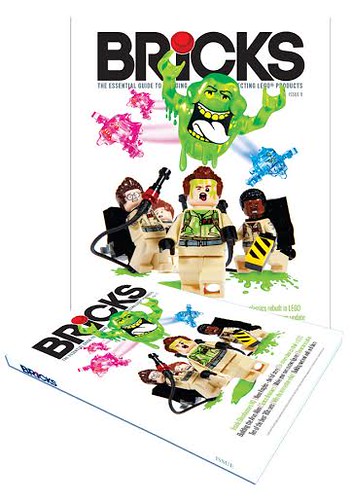 Adam over at Bricks has sent over the press release for Issue 9 of the magazine which includes articles such as the LEGO Ghostbusters Firehouse (75827), builds by Orion Pax and the Arvo Brothers, as well as more information about LEGO Nexo Knights.

Bricks issue 9 – The influential 80s. Inspired by the Ghostbusters Firehouse, Bricks goes all retro, looking at an era that has influenced some of the finest franchises and sets to date. So flick back your mullets, plump your shoulder pads and enjoy celebrating a decadent decade. 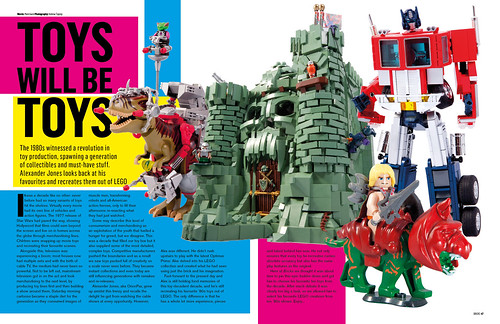 It was a generation that tasted cable television, fed on Hollywood blockbusters and consumed merchandising like no other. Collectable culture was born, every show came with its own toy line leading to a mass production that oozed originality and new levels of creativity. LEGO upped the anti as new exciting themes hit our shelves. It was here that we were introduced to the likes of Classic Space, Pirates and Castle collections, to name but a few… it was no longer just about the city. 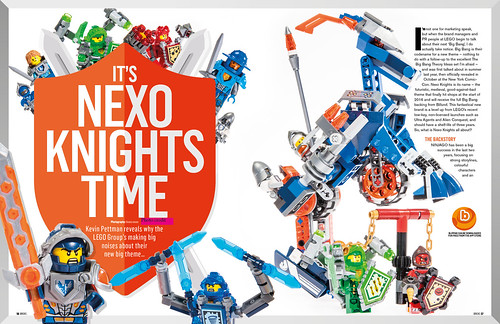 The issue starts with a thorough examination of the long-awaited Ghostbusters Firehouse set before blasting back through the decade. Michael LeCount chooses his ten best sets of the ’80s, David Alexander Smith shows us his Neo-Classic Space dinosaurs while Orion Pax recreates iconic toys with LEGO. The likes of Optimus Prime, Castle Grayskull and Inspector Gadget are all brought to life through the brick. Lucy Boughton looks at the official licenses inspired by the decade’s finest films, alongside a peek at LEGO food throughout the years. 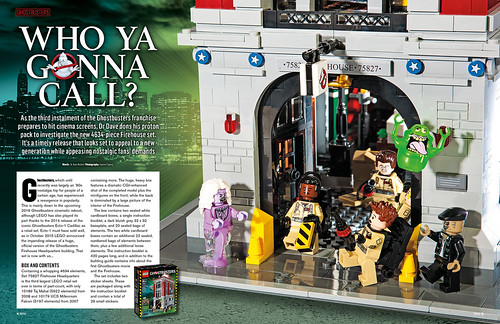 Jumping back into the present we have the full story behind the new Nexo Knights theme, the latest from the world of LEGO Dimensions and an inside look at Bright Bricks as they supersize the new interactive Milo robot. Elspeth De Montes has a go at building the amazing Arvo Brothers’ Alien model, while build expert James Pegrum gives us a lesson in lettering. We also have the second part of Luke Hutchinson’s medieval build and a brand new series from Nick Savage on customising your minifigures. 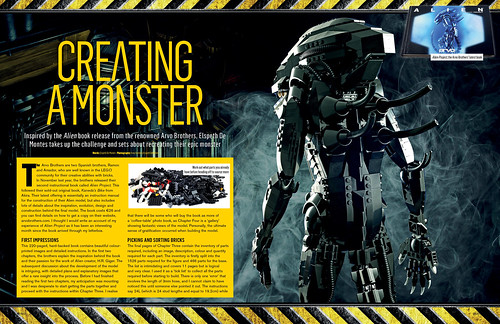 With masterclass builds, the latest from Ideas, reviews and more, there should be enough here for a fun-packed month. Pre-order Bricks issue 9 today, already subscribe? Then your issue will be with you soon.

You can also order the latest issue of Bricks Culture and the Bricks Star Wars Special is also still available, both can be ordered here. 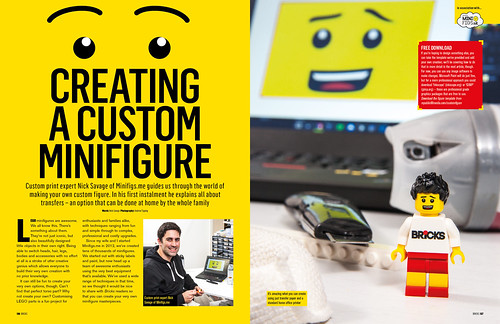