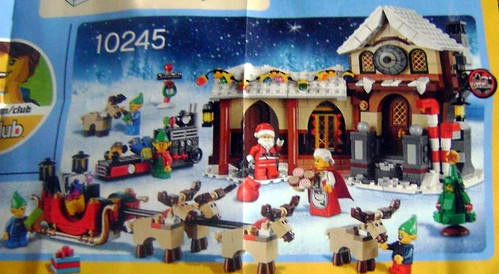 There’s a new image on Hoth Bricks of the new LEGO Santa’s Workshop (10245). We mentioned this set last month in a post of sets that will be released in the next few months. This new addition is the latest set in the very popular Winter Village series. As mentioned before, there will be six minifigures: Santa, Mrs. Claus, and four elves and also shown in the image are also five brick built reindeer. The set will most likely be available in October like previous Winter Village sets and official images will be a few weeks before the release.

Update: Ed over on Brickpicker states that the set will retail for about $69.95. Price is subject to change but it will probably be $69.99.