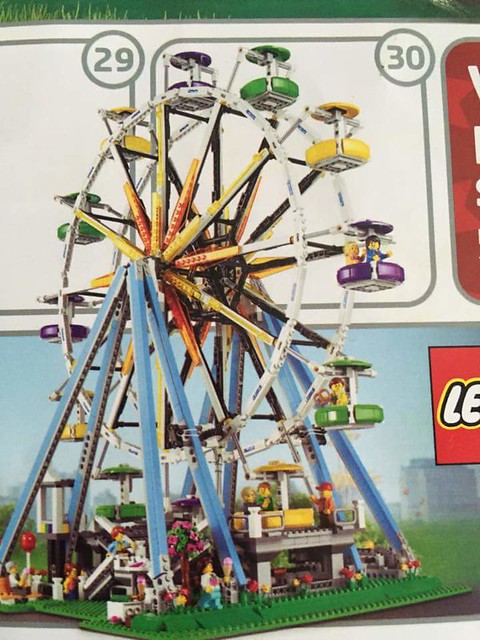 An image of the new LEGO Creator Ferris Wheel (10247) has been posted on the AFOLs of FaceBook group via Warren. We first talked about this set in our 2015 promotions report last year and many readers have been waiting a long time to see a glimpse of the set. The image is cropped from the June 2015 LEGO Store Calendar which has started to been passed out already at LEGO Stores. The set will be available to LEGO VIP members on May 13 and for the general public on June 1 at LEGO Stores and on [email protected] We should be seeing the official press release and designer video any time now.