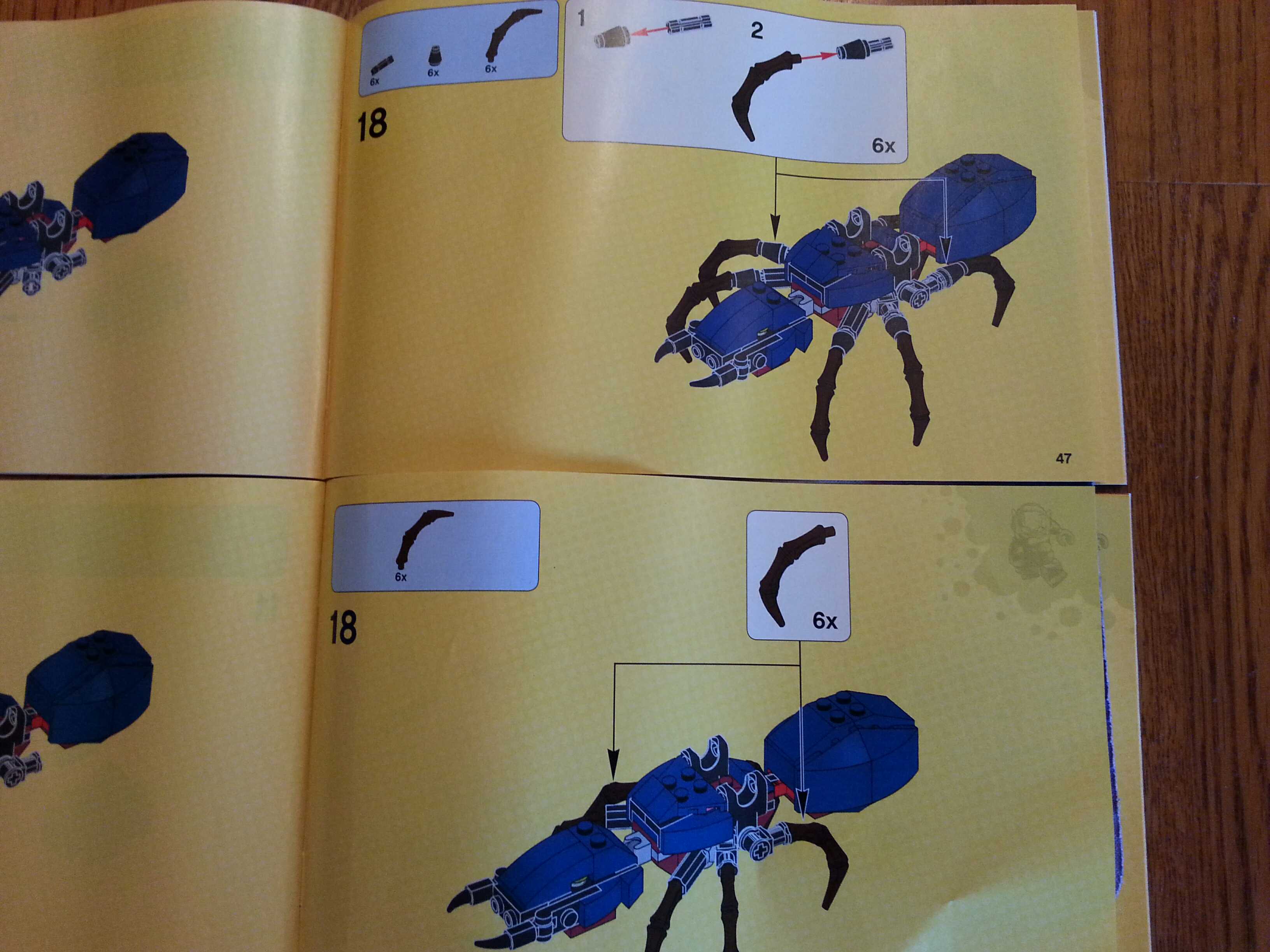 There are some more details coming out of Reddit regarding a problem with the LEGO Marvel Super Heroes Ant-Man Final Battle (76039). As you can see from the image above, there are two different instructions for the same step in building the ant’s legs. The top is the updated version which also includes pairs of pins and cones to add on to the legs for more stability. This is probably the reason why [email protected]

has the set listed with 195 pieces instead of the 183 when it was first released.

The OP also stated that both boxes where identical and that there was no sign of them showing the 12 extra pieces except when opened so I assume LEGO is just using the same boxes that list 183 pieces and adding a bag with the additional pieces with the new instructions which saves the company some money by not remaking the boxes. If you’re one of the people who don’t have the updated Ant-Man Final Battle (76039), I suggest contacting LEGO customer support to see if you can get the extra parts.