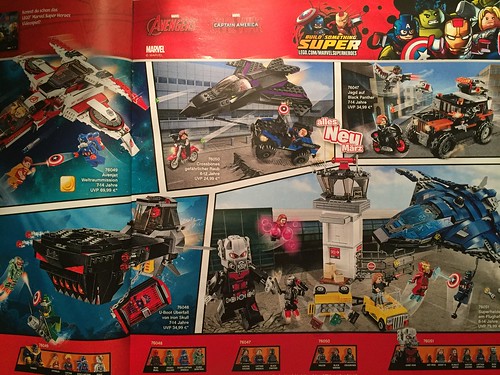 It looks like the German LEGO 2016 catalog is available and Flickr user carlboettcher has upload some images of the upcoming LEGO Super Heroes sets including the ones for Captain America: Civil War. As you can see above, there will be three sets accompanying the movie that will be released in March. Loosely translated from German, the first set is called Black Panther Pursuit (76047) which includes Captain America, Winter Soldier, and Black Panther. The next set is called Crossbones’ Hazard Heist (76050) which has Falcon, Black Widow, and Crossbones. The last set is called Super Hero Airport Battle (76051) which has Captain America, Winter Soldier, Iron Man, War Machine, Scarlet Witch, Agent 13, a micro Ant-Man, and a brick-built Giant Man.

On another page of the catalog, we get our first official look at the LEGO Mighty Micros which I briefly reported on a few days ago.

Finally we have a new set that hasn’t been talked about with the Batman Gotham City Cycle Chase (76053). It includes Batman with a Bat-Pod, Harley Quinn with her motorcycle, and Deadshot. 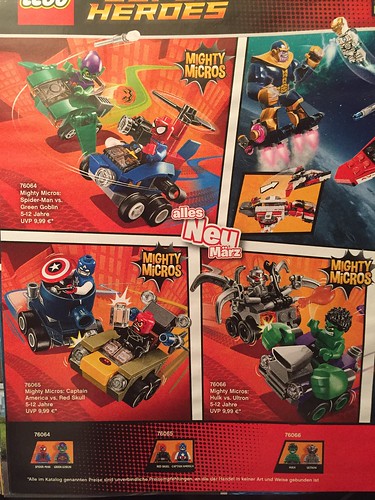 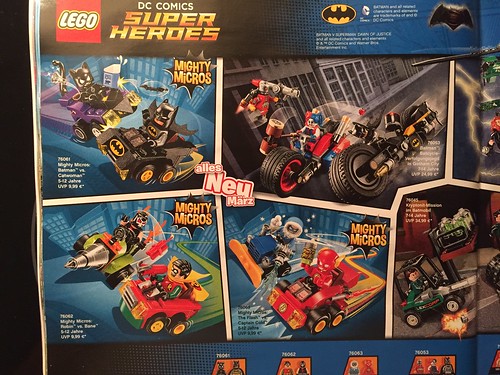 Thanks to everyone who emailed in with the original source.