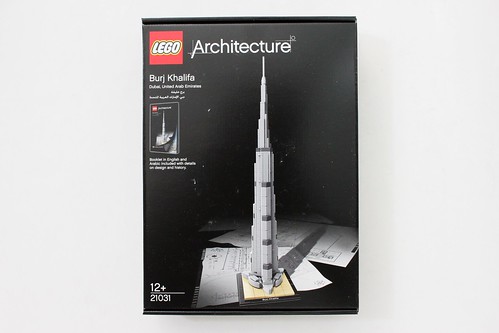 Earlier this month, I’ve done reviews on the three new LEGO Architecture 2016 skyline sets with Venice (21026), Berlin (21027), and New York City (21028). LEGO, in addition, has also provided one of the landmark sets with the Burj Khalifa (21031). It contains 333 pieces and will retail for $39.99. The contents of the box include two un-numbered bags and the instruction booklet. 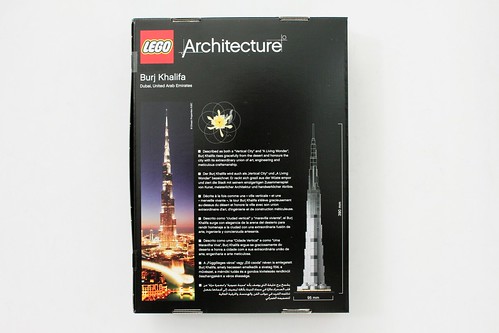 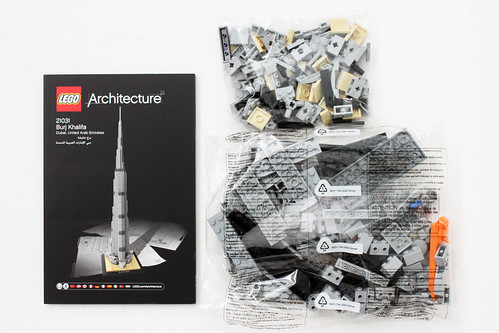 Like with most other LEGO Architecture sets, you first create the base. The design of the building is a tri-axial y-shape and the outer tower is built up like that with the use of 1×3 curved sloped pieces as well as 1X4X1 inv bow pieces. The inside tower is created with some 3 branch cross axles and 1×2 bricks with axle holes. 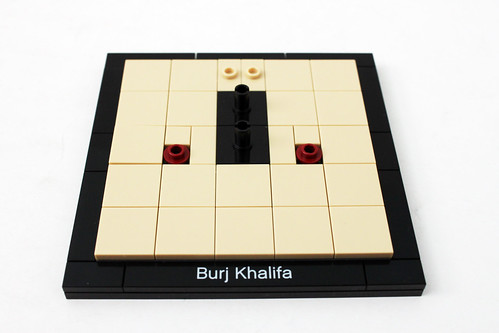 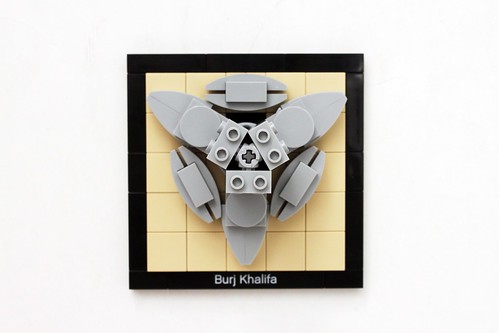 After the base is completed, it’s just basically stacking bricks and plates. In various spots, there are hinge plates that keep the three tower columns close together. 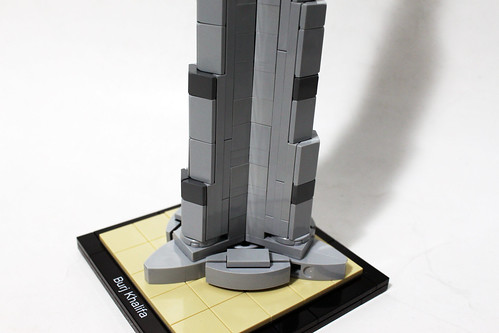 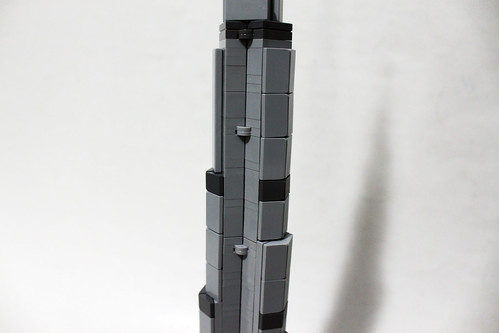 The exterior cladding system is added next on the three sides using plates and 1×1/1×2 cheese slopes to give its look. Finally the spire is added on to a Technic pin and covered up with tiles. At the very top, you have a simple antenna piece. 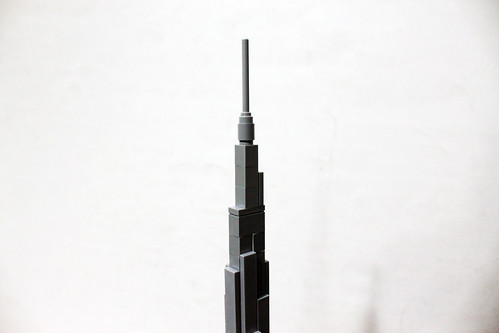 The 2016 Burj Khalifa (21031) will be the first set to have two LEGO Architecture sets dedicated to the landmark with the first being set 21008 back in 2011. The new version is somewhat of an improvement on the other set which consisted of mostly round bricks however the old one did have the stacking round look of the real-life building. The LEGO Architecture landmark series has a certain appeal factor to collectors and may not be for everyone but it does give me appreciation for these kinds of sets.

Along with the skyline sets, the Burj Khalifa will be available on January 1st. Thank you again to the LEGO Community Engagement team for sending these Architecture sets in for me to review. 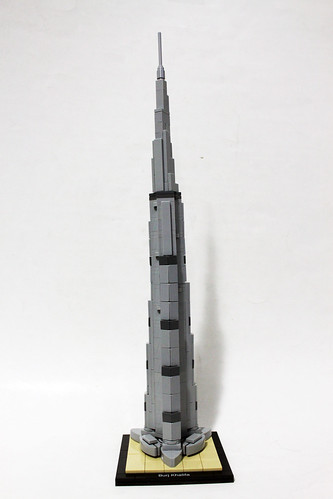