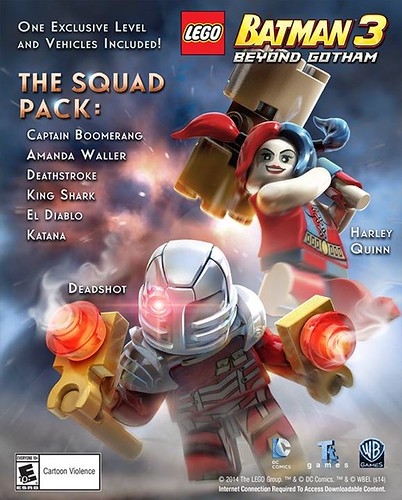 The final DLC Pack for LEGO Batman 3: Beyond Gotham has been released today, The Squad Pack. There are a number of characters you can play as including Captain Boomerang, Amanda Waller, Deathstroke, King Shark, El Diablo, Katana, Deadshot, and Harley Quinn. The Squad Pack DLC will be available for you to download if you already have the Season Pass. If you don’t have the Season Pass, you can purchase it seperately for $2.99. Check out The Squad Pack trailer below. What’s interesting about the trailer is that it did mention The Squad as Task Force X. I’m not sure why WB/TT Games didn’t go with that name.