From now until March 20 or while supplies last, every purchase you make from the LEGO Store or on [email protected]

will net you a LEGO BIONICLE Hero Pack (5002941). When you shop online, it will automatically be added to your shopping cart. The polybag consists of only 9 pieces but most of the contents are paper stuff which we’ll get into shortly. 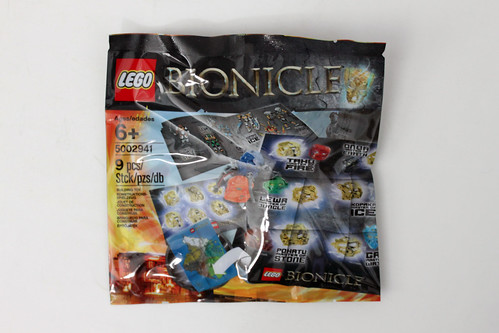 On the Hero Pack polybag packaging, it shows pretty much what you’ll be getting which includes a booklet, a poster, a sticker sheet, and a package of pieces for the build. Note that the mask on the top right corner is not the usual Mask of Creation that we’ve seen in the current sets. 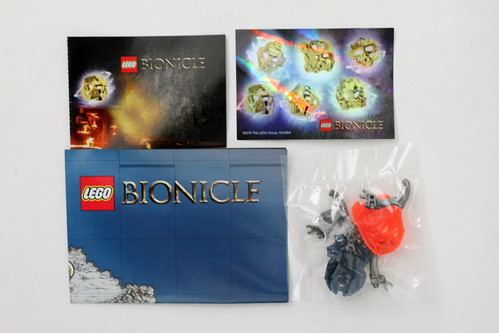 The booklet includes a short comic of Tahu getting his mask and fighting the Skull Spiders. There are also instuctions on how to build the Skull Spider. Finally you get images of the some of the BIONICLE sets in the current wave. 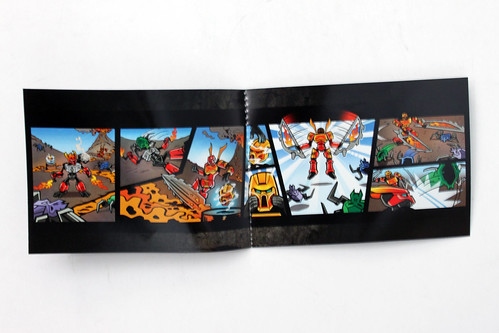 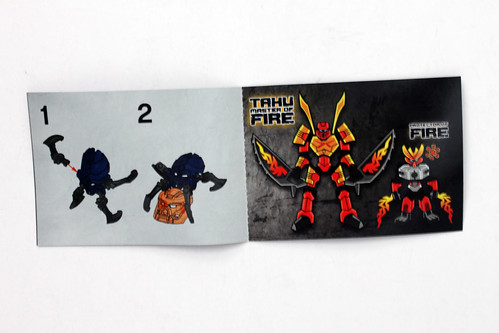 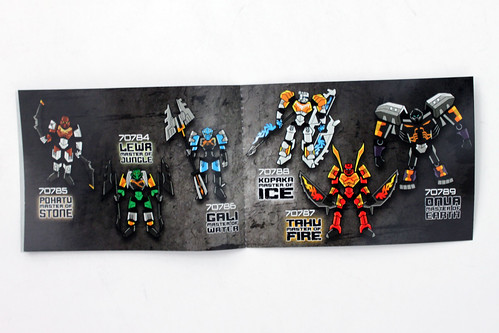 On one side of the poster, you get images of the different Toa masks as well as their gold versions. On the other side, you have a map of the island of Okoto. There are designations of what appears to be the locations of the golden masks. 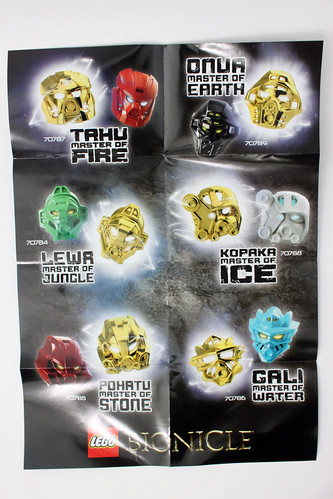 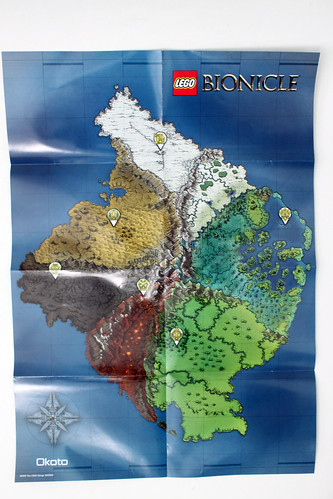 The sticker sheet is the holographic kind and each of the stickers is of the Toa’s gold masks and the LEGO BIONICLE logo. It’s the same type of material that’s been used before in other stickers so it’s nothing too special about it. 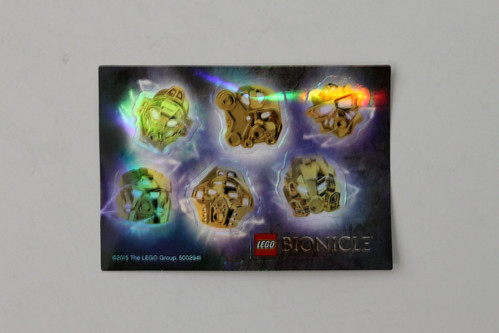 As mentioned before, you also get a bag of pieces to build the Skull Spider. This version of the Skull Spider is the dark which has appeared in the Lewa – Master of Jungle (70784)

sets but those versions had the scorpion tail attached so they’re not exactly the same ones as the polybag one. 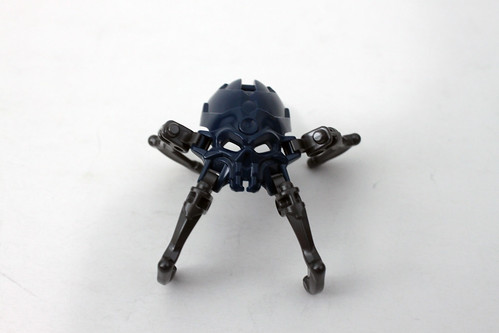 Finally we have the trans-orange Mask of Fire which is exclusive to this little set. From what I’ve read, the mask does fit on Tahu so it’s another variation of him that you can have. Other than that, there’s nothing much else to it. 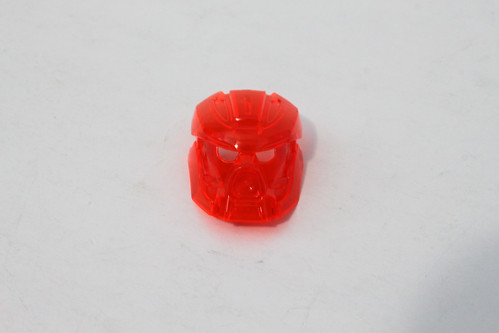 Overall, the LEGO BIONICLE Hero Pack (5002941) will be a hit with any BIONICLE fan. It’s actually more of a promotional product to get more people interested in BIONICLE. You do get some interesting stuff in the polybag including the exclusive Mask of Fire piece. Again, it is free with any purchase at the LEGO Store or on [email protected] while supplies last.

LEGO BIONICLE to be Discontinued at End of 2016