I’ve just received my copy of the LEGO Club Magazine for November-December 2012 and there are a few images that are worth noting. We’ve already seen an image of the new Galaxy Squad theme in the magazine but there are other teaser images for other themes coming out in 2013. 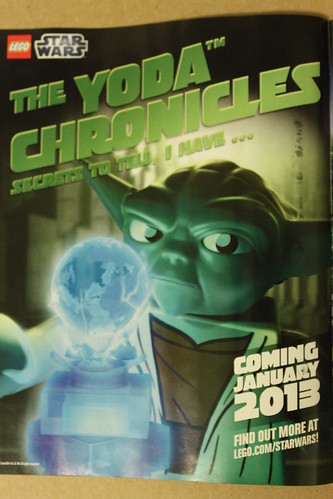 “The Yoda Chronicles – Secrets to tell, I have…” Yoda will be featured on the boxart for the LEGO Star Wars 2013 sets and apparently, he has many things to reveal, maybe in a new animated series? 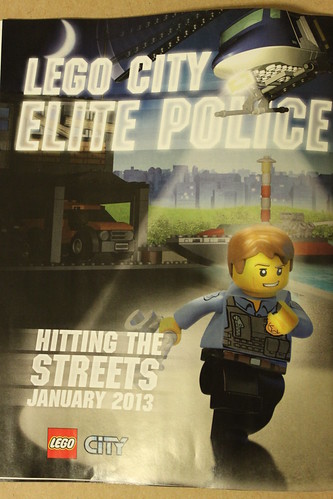 “LEGO City Elite Police” – Chase McCain is featured on the teaser image. There are plenty of new LEGO City sets to add to your city including the Police Chase (60007) which has the exclusive Chase McCain minifigure. 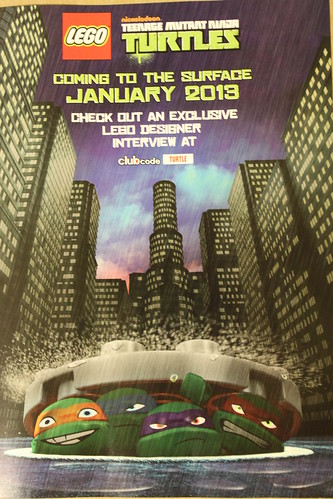 The new LEGO Teenage Mutant Ninja Turtles theme is expected to roll out in January 2013 and is based on the animated series on Nickelodeon. You can see images of The Shellriser Street Chase and other sets in my older posts. 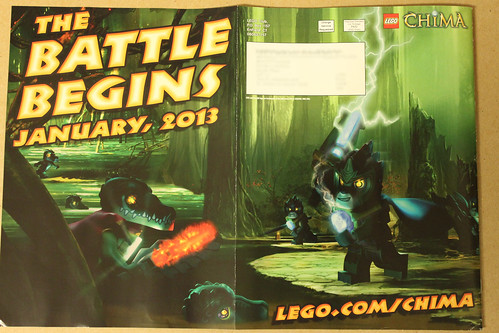 As Ninjago closes out in 2013, the highly anticipated Legends of Chima will be replacing it with a new animated series on the Cartoon Network and some impressive sets. The back pages of the LEGO Club Magazine features who appears to be Leonidas and the lion faction fighting against Cragger and the crocodile faction. There’s still no details of the sets yet but expect them to be showing up as we get closer to 2013.