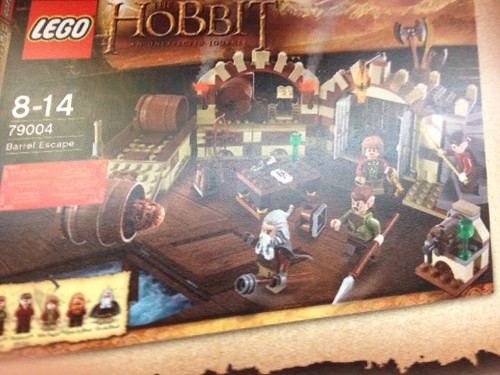 For this week, the designer video for the LEGO The Hobbit Barrel Escape (79004) has been released on their YouTube channel. Bjarke Lykke Madsen, senior designer for LEGO, describes the set and play features in more detail as well as the minifigures included in the set: Bilbo Baggins, Oin, Gloin, and two Mirkwood Elves (cellar chief and Elvan guard). All of the minifigures are exclusive to the set except for Bilbo. The Barrel Escape is one of the two Hobbit Trilogy Special Preview Sets with the other being Escape from Mirkwood Spiders (79001). More details of the set will be revealed on November 12 on The Hobbit minisite.

**Note** The minisite has been updated with the reveal of the Escape from Mirkwood Spiders set but the video of the Barrel Escape came out today, which is a little odd.