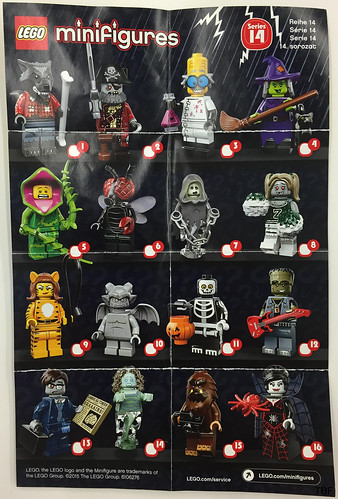 There have been small reveals here and there the past couple of months regarding a couple of the characters from the Series 14 LEGO Collectible Minifigures: Monsters (71010). Today, an anonymous reader has sent me an image of the official leaflet that will be in the Series 14 LEGO Collectible Minifigures: Monsters (71010) which shows off all 16 of them with their accessories including a couple of characters which we haven’t seen before. According to an Argos ad, Series 14 is scheduled to be released in September. Thanks to the anonymous emailer for the image.